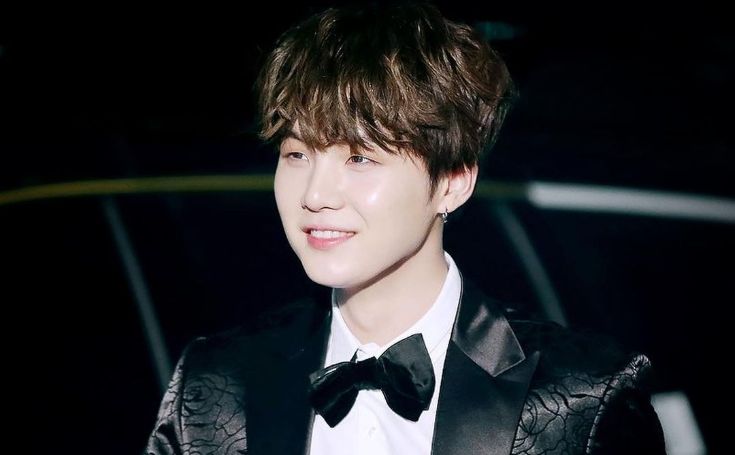 He is a lead singer in the famous Korean band BTS. To date, he has given many hit songs and has made his debut single through his song “No More Dream.”

Moreover, from award show stages such as billboards to Grammy, stadium tours, and concerts, the prominent rapper uplifts the audience with his raps, songs, voice, and dance moves. And, he is associated with a label named “Big Hit.”

On 9th March 2020, on the special occasion of his birthday, there were billboards all over in New York Times Square.

Also, there is a celebration video that got posted on the official page of BTS in which can spot him celebrating his birthday with other members of the band. Read all the articles below to know everything related to the talented man.

The famous Korean singer Suga’s actual name is Min Yoon Gi, celebrates his birthday on 9th March since he was born on the same day in the year1993, in Daegu, South Korea. As per nationality, he is of Korean citizenship and follows the Christian religion.

Likewise, his parents named him Min Yoon-gi, but all the people mostly know him from his nickname. And, his family comprises his mother, father, and older brother. Further, there is no detailed information regarding them. And, he had an interest in his career field by the age of 13.

Similarly, living in his hometown, the star attended Taejeon Elementary School, Gwaneum Middle School, and eventually Apgujeong High School. And, he used to go to school along with his sibling. Later, he graduated from a local university after schooling.

After that, Suga found his interest in rap after listening to ‘Reggae Muffin’ by Stony Skunk. However, after he heard Epik High, he decided to be a rapper. Also, Yoon-gi joined Global Cyber University along with his bandmates.

As Min turned 13, he started writing music lyrics as well as learning about MIDI. Even he worked at a recording studio as a part-time worker at 17 years of age. Later, the star continued writing, composing, arranging music, as well as rapping and performing.

Before Yoon-gi made into Big Hit Entertainment, he was already active as an underground rapper, namely “Gloss,” and produced the song ‘518-062’ celebrating the Gwangju Uprising, as a part of the hip-hop crew D-Town.

Similarly, he joined Big Hit as a music producer but was trained with the rest of the members for years. Afterward, he debuted on 12th June 2013 as a member of BTS with the release of the single ‘2 Cool 4 Skool’ as well as participated in almost all of BTS’ albums.

Additionally, Min released a solo intro song by The Most Beautiful Moment in Life, Pt 1 (EP). Also, he released another intro, “Nevermind,” for Pt 2 of the Album, and his last intro song is for the recent album issued on 2020 February, namely “Shadow.”

Besides, the rapper has dropped two solo tracks under the groups’ name, “First Love” for BTS’ 2016 studio album Wings and “Seasaw” for Love Yourself: Answer.

Coming to his solo projects, the music artist released a self-titled mixtape on 15th August 2016, via SoundCloud and then debuted as a producer producing songs for artists other than BTS with Suran’s song, Wine.

Later, in February 2018, he re-released his mixtape as a digital album and debuted as a solo artist by the name “AgustD.” 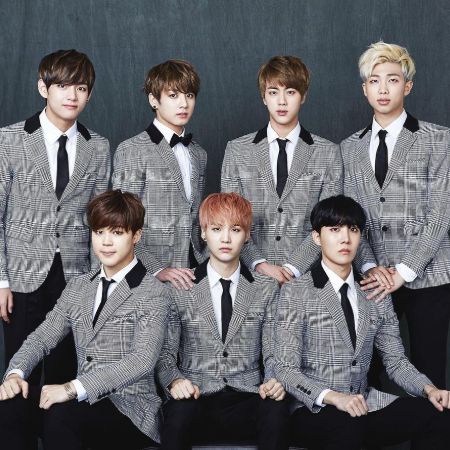 So far, Min has also featured, composed, and produced songs for various artists like Lee So-ra with his rap at “Song Request,” Epik High, Heixe with ‘We don’t talk together.’

Recently, in 2019 December, Suga released and produced a song together with American Singer-Songwriter Halsey named “Suga’s interlude.” Until now, the hunk has over 70 songs attributed to his name by the Korea Music Copyright Association.

Yoon-gi’s produced and composed song ‘Wine’ sung by Suran won the best soul/R&B at the 2017 MMA. Even he received the Recent Trend Award for the track.

Along with BTS, Suga has won Billboards Top Social Artist Award three times in a row. And, with his bandmates, he won all four Daesang Award categories in Mnet Asian Music Awards, and the Guinness World Records organization has also confirmed that Taehyung, along with his band, has broken three major records in total.

Yes, the multi-talented personality Suga has contributed substantially to this pandemic outbreak of COVID-19. As mentioned above, he is the rising south Korean singer-songwriter, producer, and composer born in Daegu, South Korea.

As a Daegu native, he felt in debt to do something for his people back home. Billboard has reported that BTS’s rapper Min Yoon-gi had donated 100 million won that is $83,000 US dollars to the Hope Bridge Korea Disaster Relief Association.

Apart, his donation has also inspired many of BTS’ fans to donate their ticket refunds to Hope Bridge. From this, the Korea Times has reported that the organization has collected over 8,000 listed donations amounting to about 400 million won from fans.

As we know, the prominent singer supports the LGBTQ community, and he donated $88,000 to a foundation that helps cancer patients. He ranked at no.7 on the preferred idol rank list in 2019 and received the Hwagwan Order of Cultural Merit in 2018.

Likewise, his famous singer is Kanye West, and he considers him as his idol. In addition to this, the label with which he is associated manages his Instagram account. Plus, he started learning MIDI when he was just 13 years old.

Most of his fans and followers want to know the name of the girl who is dating Suga. There has never been any gossip and news as the music artist maintains his personal life a bit secret.

As we recently came to know that the 27 years an old dashing young man is single and doesn’t have a relationship with any girl yet.

In addition to this, the famous songwriter is very popular among girls and even on social media platforms. And, his Instagram account has more than 2.2 million followers, and also his band has an Instagram page where they keep everybody updated about the band members.

Apart, he is very close to his bandmates, and they all spend time just like brothers.

Ok Suga, 27, has collected a huge amount of money from his long professional career. He has been active in the entertainment field since 2006, and now he has established himself as one of the finest stars.

And, he is famous as a lead singer of the South Korean boy band BTS. So far, his flourishing career has helped him garner a massive fortune.

Furthermore, he has appeared in several hit singles videos, which have done well in the entertainment field. Throughout his multiple profession, the star has accumulated staggering net worth.

As of 2021, the group’s rapper, Yoon-gi, has written and produced over 70songs and all his projects contributed to the $23 to $25 million net worth he has now.