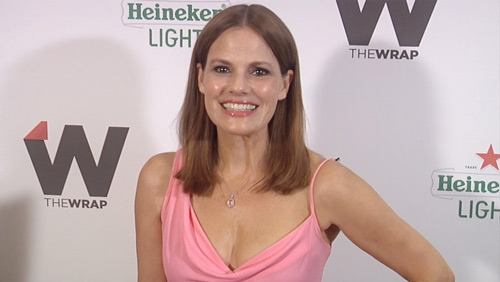 Suzanne Cryer is an American actress well-known for her roles as Ashley on the ABC sitcom Two Guys & a Girl, and HBO original series, Silicon Valley. She is also a performing artist on several Broadway shows. Moreover, Cryer is critically acclaimed for her performance in the premiere of Donald Margulies’ two-person play Collected Stories at Southcoast Repertory Theater.

Respectively, she is appreciated for her versatile acting skills and adaptability in unique roles. Suzanne has also appeared in some of the famous television series like Dexter, CSI: Miami, Shark, Bones, Desperate Housewives and Grey’s Anatomy. To know more about her personal life, net worth, earnings, and height, read the full biography of Suzanne Cryer.

Who Is Suzanne Cryer? Her Bio & Wiki

Suzanne Rossell Cryer better known as Suzanne Cryer is an actress, well-known for her works in Donald Margulies’ two-person play Collected Stories and as Josie in Neil Simon’s Proposals. Moreover, she starred as Laurie Bream in Silicon Valley and as Ashley in the ABC sitcom series.

She was born on 13th of January, 1967, in Rochester, New York and was also raised in the Rochester city.

Silicon Valley's?Suzanne Cryer?totally won me over when she screamed how "fucking gorgeous" my designs are? We should probably be besties? So thrilled this beautiful fashionista chose my big + bold Distressed Market Bag at the Pre-Awards gifting suite in Beverly Hills! It's handmade with the sturdiest leather I've come across + you can grab one in the Funk Zone at Loveworn♥️ www.amydigregorio.com

Later, she enlisted at the Yale School of drama for her master’s degree. During her years at the Drama school, Cyrer also performed at the Utah Shakespeare Festival. Moreover, she played as Rosalind in As You Like It and Anne in Richards III.

Inside Of Suzanne Cryer’s Acting Career

Talking about Suzanne Cryer’s profession, Cryer started her career after her graduation. Prior to that, she was a stage performer for The Rivals at Hartford Stage and also in Don Juan at Baltimore Center Stage.

But after her Graduation, Cryer gradually started making brief guest appearances on TV series like Seinfeld, Law and Order, Wag the Dog, Caroline in the City, Desperate Housewives, and in some other television series.

Suzanne again returned to stage acts as Tracy Lord in The Philadelphia Story at Hartford Stage and starred as Chris Shin in What Didn’t Happen at Playwright’s Horizon. Besides this, she also appeared in series like Dexter, CSI: Miami, Shark, Bones, Grey’s Anatomy.

Suzanne Cryer was critically acclaimed for her appearance in the two-person play Collected Stories. Suzanne is one of the casts in the HBO original comedy series Silicon Valley.

How Much Is Suzanne Cryer’s Salary & Net Worth?

Suzanne Cryer is a beautiful and hardworking actress who has earned a handsome amount of money from her acting career. As of 2019, Suzanne Cryers’ gross salary ranges from $50,000-$100,000 per her current contract. Also, she charges over $5,000 to $10,000 for cameo appearances. Besides, she has bought a house in California worth $69.9 Million.

#SuzanneCryer from 'Silicon Valley' stopped by the #StyleLab Jewelry Suite for the #Emmys. What do you think of her wearing this Million Dollar #PureGrownDiamond #EmeraldCut necklace designed by @yaninajewelry on the red carpet this Sunday? #StyleLabNews #RedCarpet #emeraldnecklace #SiliconValley #HBO @siliconvalleyhbo

Besides this, Suzanne is active on social media such as Twitter, and Instagram. Also, she has a huge number of fan following on her social accounts with 5.4K followers on Twitter and 2K followers on her Instagram as of now.

Who Is Suzanne Cryer’s Husband? Know About Her Marriage

Coming up to Suzanne Cryer’s personal life, Suzanne tied the knot with Gregory Luke, on 23th of September 2000. The pair has been married together for the last 18 years. Moreover, the couple is a proud parent of three lovely children.

Being on a tv show is cool. Being a mom is truly perfectwonderful.
# pic.twitter.com/Ia5xPbfPkR

However, she hasn’t revealed much about her children. Among her three children, Charles Luke is the eldest son who studies at Portola middle school. Further, Suzanne’s middle child is a lovely daughter and her youngest child is a son, but the names and birth dates of her second and third child aren’t mentioned anywhere.

Furthermore, Suzanne is living with her three children and spouse relishing her private life to its fullest. Hence, other than her relationship with her husband Gregory, she isn’t rumored into any extra affairs.