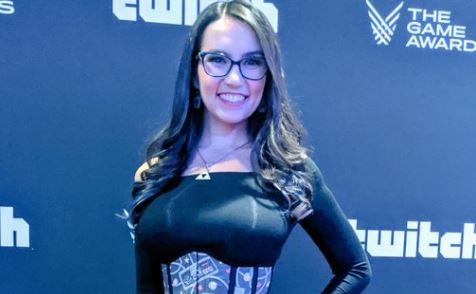 Can you guess at which age a person could find his/her interest? Surprisingly, Trisha Hershberger found her interest and begun her career in the entertainment industry at the age of five. Now, the multi-talented persona is successfully established as an American actress, model, and host.

The 37 years old, Trisha is best known for serving the famous YouTube channel, SourceFed as a host and writer. Currently, the channel has got over 1.66 million subscribers. As a matter of fact, she has her own self-titled YouTube channel where she has collected over 145K subscribers. Many of her well-wishers are curious to find out about her personal life. Some of them are asking about her net worth.

Let’s discuss her biography in detail.

Trisha Hershberger was born in the early 80s and grew up in Pennsylvania with her American parents. Surrounded by creative peoples, she entered the entertainment industry at the age of 5 after being part of a small community and theatre productions.

Her creative works and performances were also appreciated by a lot of peoples and her family. She studied as an Archdiocesan Scholar at Gwynedd Mercy Academy. She then attended DeSales University with a full scholarship and completed her Bachelor of Arts with a degree in Theater Arts and Theology.

Trisha Hershberger found her interest at an early age and working on it since then. During her college time, she used to do commercial work. Also, she did intern at the Pennsylvania Shakespeare Festival. She first won the 2002 Miss Pennsylvania American Co-Ed competition and also got honored as a State Champion Public Speaker.

I'm excited for all the nominated games, but @ControlRemedy is my GOTY 🎮 The Ashtray Maze scene is SO GOOD! Who are you rooting for? pic.twitter.com/IzTLxMeWCS

In order to pursue her career in the entertainment industry, Trisha moved to Los Angeles and started appearing in different YouTube channels. She initially appeared in the channels i.e. Rhett and Link, TheFineBros, Tekzilla. She rose to fame after receiving a chance to join DeFranco Creative and Business Inc.’s Youtube channel titled, SourceFed. The channel has over 1.66 million subscribers. She is active on her self-titled YouTube channel where she has over 145K subscribers. Besides, she has also done a series named The Naked Truth.

Trisha Hershberger is a married woman. She exchanged her wedding vows with her long-term partner and present husband, Nate Parker. The couple tied the marriage knot in the year 2015 in attendance of their close friends and family.

Trisha is active on her Twitter with over 179K followers and keeps updating her personal life to her fans. She has shared a lot of pictures with her spouse of spending quality time with him. Every year, she wishes a happy marriage anniversary to her life partner.

On 22nd October 2019, she retweeted on a post of Nate and wished him their fourth marriage anniversary plus she also explored her love for her partner. She captioned the post with their wedding picture saying:

Happy 4 year anniversary baby! Together, we celebrate another year of you putting up with me! Sometimes you just gotta find your person and I’m so so lucky to have found mine xo.

Checking out Trisha’s Twitter, she ultimately wishes her spouse a happy marriage ceremony every year. Their love bond is very strong. From their marriage, the couple has a son named Logan Parker, born in 2017.

I love them so much ❤️

How is everyone else enjoying their #familytime?? pic.twitter.com/ZlnEFcQKnr

On 30th November 2019, she posted a video of her spouse and son where Nate is playing guitar and ukelele is on the hands of his son, Logan. The family of three is spending quality time with each other. They often go on vacations and also updates their family enjoyments via their social media accounts. For now, Trisha is free of rumors and controversies.

The multi-talented, Trisha Hershberger works in several fields and collects a hefty amount of earning from her acting, modeling and hosting fields. Her total net worth is believed to be around $1 Million as of 2019.

One of the main sources of her income is social media i.e. YouTube. She has over 145K subscribers and over 13 million views on her YouTube that enables her to earn between $23 – $372 which leads her annual earnings to be between $279 – $4.5K.

As a matter of fact, she also makes her appearances in the SourceFed youtube channel. The total videos on the channel has over 950 million views. It makes an earning of $154 – $2.5K monthly and between $1.8K – $29.5K on a yearly basis.

Also, Trisha has done many works on commercials and has also done the promotion of Gamestop and Fandango. Her Twitter pictures are filled with enjoyable moments. Without any doubt, she is leading a luxurious life with her family at present.