Some people gained massive fame because of their relationships with popular celebrities and stars. Not to mention, today’s capsule concerns Uche Ojah, who gathered media spotlight as the husband of an American journalist and news anchor, Sheinelle Jones.

Most of their fans and followers are extremely curious to know about their marital life. So, without wasting any time, let’s dig into this article and know everything you want to know.

The dark chocolaty man, Ojeh, has been in a long marital relationship with the gorgeous lady, Sheinelle Jones, one of the prominent American news and journalists, well-famed as the correspondent for NBC News.

The lovely couple first met when she was in college; Jones was a college tour guide while Uche was in high school. The lovely pair attended the same Northwestern University. In an interview, she stated that she met him as a tour guide:

“I was actually his tour guide, I’m ashamed. I remember that it was a visitation day at NorthWestern, and his dad was driving around and they were lost.”

Nevertheless, the duo exchanged their wedding vows in 2007 in Rittenhouse Square in Philadelphia, conducting a private function between their friends and relatives.

And, it has already been 13 years since their successful marriage, and the pair is still going well. There is no sign of news about their separations to date.

Not only do Uche and his wife cherish their marital relationship, but they also share three adorable kids, Clara and twin sons named Kayan and Josephine.

However, the duo kept their identity far away from the limelight.

But Jones is often featuring her beautiful family on her social media. As per sources, she went on a date night with her husband on 18 April 2021. Presently, Uche resides happily with his family of five.

How wealthy is the net worth of Uche Ojeh?

After doing research, we learned that Uche worked as a consultant at IBM from 2001 to 2005 after graduating from Northwestern University in 2001 with a bachelor’s degree in computer science and economics.

Later on, he went to Washington, D.C., where he took another job as a consultant for Accenture, but he left the company in 2008 and moved to Pennsylvania. Currently, he serves as a managing partner at UAO Consulting in Philadelphia.

Regardless, he has maintained secrecy when the matter comes to his income and net worth. Reportedly, an average salary of a consultant is around $88,393 as of 2021.

Undoubtedly, he must be earning it as well. Hence, the estimated net worth of Ojeh is around $300,000.

Apart from this, his beloved wife inherits a lucrative sum of money. Her net worth is around $23million, which she collects throughout her successful career as a journalist and news anchor.

Presently, she is serving as a correspondent of NBC News. Before this, she co-hosted the third hour of Today on Weekdays.

Stay tuned with AllStarBio, for more content on Celebrity Husbands. 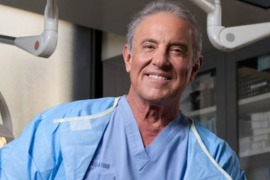 Is Victoria Principal’s ex-husband, Harry Glassman Single Or Dating Someone?