“Divorce isn’t such a tragedy but staying in an unhappy marriage is.” Lisa Thorner split from her husband Damon Wayans Sr. after 16 years of marriage.

Thorner herself is a successful actress and model but she quickly rose to fame after her marriage with Damon Wayans Sr. The former model relationship status is in a lot of question these days. No worries fellas, as we got you guys covered on the latest news.

The couple first locked eyes on each other in 1982 and they started dating each other. Lisa Thorner is a beautiful woman and Damon found a catch in her. Probably Damon realized this and two years later in 1984, he married her.

Lisa Thorner walked the aisle to tie the wedding knot with Damon Wayans Sr. The wedding was an intimate affair as it was attended by only the duos friends and family. Damon lived happily with Lisa for 16 years before calling it quits on October 30, 2000.

Damon Wayans called it quits with his wife after he said, he couldn’t live with her any longer. Wayans filed the divorce as he was living in a toxic relationship, according to the man himself.

The pair split grabbed the headlines in all of the top newspapers and magazine. They couldn’t avoid the media attention even if they wanted to as Damon is a very popular celebrity. Whatever the irreconcilable differences were between the couple, in their 16 years of marriage they did share their love among four children.

Who are Lisa Thorner’s Children? Know about them

Currently, all of the children of Lisa and Damon are grown-ups. They even have kids of their own as of now. Lisa Thorner is a proud mother of four children, out of which two are sons and two are daughters. All four of them are part of the showbiz industry and are pretty successful.

Damon Wayans Jr., Michael Wayans, Cara Mia Wayans, and Kyla Wayans are the couple’s children. Damon Jr. is following his father footsteps and working as an actor and stand up comedian. He is the star of the movie Let’s Be Cops alongside Jake Johnson and Nina Dobrev. Damon Jr. is the father of two daughters.

Lisa second child Michael Wayans is also an actor who has also tried his hands in music composing. He is the child actor in the film Blankman in 1994. Michael is in a relationship with Vanessa and has a daughter.

Cara Mia Wayans is the third child of the lovely couple who is credited for roles in movies like My Wife and Kids (2001) and Will Smith video Just the Two of Us. Similarly, Lisa’s fourth child Kyla Wayans is also an actress working alongside her sister Cara in her movie.

Life after the Divorce…

The former wife of Damon Wayans Sr. went under the radar after the divorce and kept her personal life hidden. But as per reports, Lisa stayed one man woman as she is still single and no rumors of her dating a man is heard of.

On the other hand, Damon dated a few women after the split with his wife. He dated Regina Hall after the divorce but the affair had no future. They split after some time and Damon moved on with Charity Duplechan. Charity and Damon Sr. dated for some time in 2003 but due to some difference they called it quits.

In conclusion, Lisa is happy being single and enjoying her life with her children and her grandchildren. She is no hurry to find the man she wants to live with for the rest of her life. 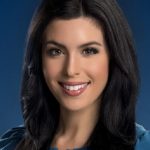