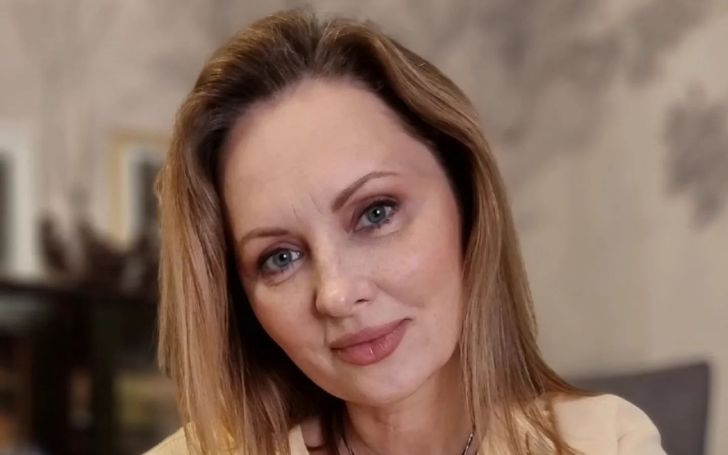 Yelena Ksenofontova is a stunningly gorgeous actress. She gained massive fame after starring in a Russian comedy series on STS “Kitchen.”

She starred as Viktoria, aka Vika Sergeevna Lavrova, the restaurant’s art director and Max’s girlfriend in season 1 and later his wife.

Also, in season 3, Viktoria was briefly in a relationship with Dmitry Nagiev.

Moreover, The show Kitchen became one of the most expensive Tv series as the budget was US$200,000 per episode, precisely about $8 million per season.

She is best known for starring in Tv series such as  Tayga, Okhota na geniya, and Zachem ty ushyol?.Very less known remains about the actress.

Even though the actress is 50 years old, she doesn’t look like one! Her blue eyes, blonde hair, and captivating smile make her look flawless.

As for Yelena’s education, she attended The Gerasimov Institute of Cinematography, a.k.a. VGIK. Talking about Yelena socials, the 50-year-old is active on Instagram under @elena_ksenofontova_official.

Furthermore, Yelena Ksenofontova, diagnosed with severe headaches and vomiting in the early 1990s. The doctor said she had a brain tumor and was told she would have to live with it.

Later Yelena pricked herself with needles to replace one pain on another. As a result, the actress feels better now.

Is she married? Know about her Partner and Children!

Yelena Ksenofontova married twice. First, she tied the knot with Igor Lipatov in 1994. Sadly, their marriage ended in divorce. It’s unclear when and why did they divorce.

Second, she walked down the aisle with a film producer,  Ilya Neretin, in 2003. Unfortunately, their marriage was didn’t last long as they split in 2004.

After two years, the actress started dating Alexander Ryzhikh. They were in an on-and-off relationship from 2006 until 2015. Since then, there has been no information about her relationship and partners.

Furthermore, about Yelena’s children, She has two children. Her firstborn son, Timofey Neretin, is from her ex-second husband, Ilya Neretin. Timofey was born in 2003. Likewise, she had a baby girl on February 10, 2011, with her ex-boyfriend Alexander.

In addition, actress Yelena was troubled to conceive and had a miscarriage before the birth of her son Timofey in 2003. Unfortunately, she lost a baby boy at the late-term of pregnancy who died in utero because of several problems, including a heart defect.

Yelena has been in the film industry since 1992. She has been active in the field for three decades. However, there is no exact information on the actress’s salary and income.

She holds an estimated net worth of over $2 million.

As a result, Yelena Ksenofontova might earn a similar sum through movies and Tv series as an actress. She has appeared in 20+ films and Tv series.