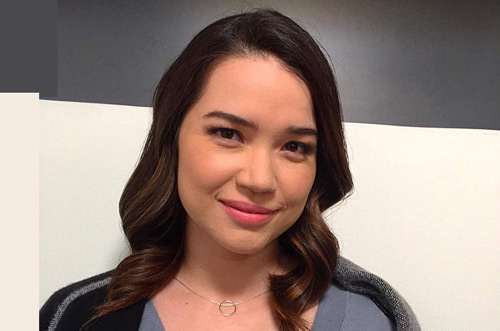 Achara Kirk is a Thai actress and cinematographer who is credited for films like Fringe, Stalker, and Moments. This 5 feet 9-inch tall actress started out as a model and still continues to do so. Currently, she works and lives in Los Angeles, California. Kirk now together with Youtuber Jaby Koay makes and edit videos in his channel.

The 35-year-old actress, model, and Youtuber has earned a net worth of $400,000. There is a lot of speculation about Jaby Koay and Achara Kirk’s relationship. Is Jaby Koay in Relationship with Achara Kirk? Let’s Find out below.

Who is Achara Kirk? Her Bio and Wiki

So happy to be hanging out with Mum and Dad ❤️

Kirk was always intrigued by acting in movies so’ from the early age of 3 in Indonesia, she started participating in plays in school. But shortly her family moved back to Bangkok and attended her schooling there. After completing her high school from Bangkok, Achara traveled to London to study Drama.

She joined the Royal Holloway University of London to graduate in Drama and Theatre Studies. After gaining her BA, Kirk completed her post-graduate studies from The Oxford School of Drama.

From her early childhood, Achara was involved in acting and after moving back to Bangkok, she joined a modeling agency. Achara was scouted by an agent and Kirk started appearing in several publications, Commercials, and music videos.

Kirk jumped into acting from that point and soon after appeared in Thai movies and soap opera. Even after moving to London Achara Kirk continued to do modeling. After several years of involving in the modeling industry, Achara decided to move to Vancouver, Canada and started working in television, films there.

Achara now works in the USA and lives there as well. In 2016, Achara appeared in the movie The Sex Trip alongside Jade Ramsey and Louis Mandylor. Shortly, after that, the fans could see her in the movie The Decoy Bride, Intimate Stranger, We need to Talk, DK Positive Thinking. Achara featured in Fringe and Harold, the TV Show as a guest appearance.

Currently, more than working in films Kirk is now busy with Youtube channel. Achara worked in short film stalker (2017) with Jaby. She directed the movie herself as well and played the character of a ghost in the film. Achara now edits videos in the Youtube Channel of Jaby Koay and her channel, Achara.

There is a lot of speculation about the relationship between Jaby Koay and Achara Kirk. But in some of the videos, Jaby has dropped a hint that they are not in a relationship. There are a lot of photos of her and Jaby in her Instagram account. Currently, this 35-year-old actress is not married and not dating anyone.

Bah Humbug! ? . . Managed to convince Mr Bah Humbug aka @jabykoay to take some festive pics with me! Wishing all of you a very Happy Holidays and hope you all enjoy this magical time of year! ❤️? . . #christmas #christmastree #happyholidays #xmas #xmascheer #christmascheer

Achara keeps her personal life private and there is not much information about her past relationships too. Also, there is speculation about her baby especially after her Instagram Posts but as per reports she does not have a baby. Achara is into fitness and yoga and frequently practices it.

Kirk in her free time visits her parents in the UK and mostly spend her time with her friends attending movie premiere and events.

What is Achara Kirk’s Net Worth?

The estimated net worth of Achara Kirk is at $400,000. Most of her earnings come from her acting and modeling career. Achara is getting her hands in directing and editing these days which is also her source of income.

She is currently editing and making videos on the Youtube Channel. The channel has more than 1 million subscribers and from the Youtube channel, Jaby Koay they make about $72K to $1 million per year. Achara also receives some part of the profit from the channel and from her own channel Achara, she makes about $431 per year.