A simple topic becomes a vast theory when one has gathered fame in the journalism field. Today’s topic is about a news personality, Alycia Lane who herself ended up-facing news cameras after being arrested for striking a New York police officer. The controversial Alycia is the one who also worked at KNBC-TV as a weekday morning anchor.

Apart from this, Alycia married twice in her life and also has a child from her marriage. So far, she is not that much prepared in handling marriages, she divorced both husbands.  The single mother is currently leading a lavish life as she is reported to have a net worth of around $2 Million.

Let’s find out more details about her life in the lower sections.

It becomes very easy when you know where you have to go. Alycia Lane was one of the brightest children in her childhood. Her interest in the media field led her to pursue her career as a journalist. She grew up in a very supportive family. Her father belongs to the Welsh descent, whereas, her mother comes from a Puerto Rican descent.

Later, Alycia completed her Broadcast Journalism and received a master’s degree from the Medill School of Journalism. She found her undergraduate degree from the State University of New York. Besides, she is an expert in speaking Spanish since her tender age,

The American journalist, Alycia Lane began her career at the end of her University period. During the time, she used to report for KSNT. She shortly found her career as a reporter at Fox’s affiliate WSVN. Following her work on CBS’ KYW-TV, she served as a news reporter with Larry Mendte. Due to her fantastic performance, she also received a local Emmy Award in 2005.

After that, Alycia started working for NBC affiliate’s KNBC. She was the weekend anchor. She also received a chance to co-anchor the Today on KNBC. Also, she got honored for writing a story titled Angelman Syndrome.

After receiving two Golden Mic Awards, why she got terminated from her profession, let’s find out.

The 47 years old, Alycia Lane is not only highlighted from her profession but she has been one of the very controversial personalities in the journalism field.

In the year 2007, she gathered national fame after sharing her bikini pictures with Rich Eisen, an American TV journalist. Alycia reported Eisen to be her best friend for 10 years.

Arrested For Assaulting a Police Officer

Many of you might know that Alycia Lane was charged for assaulting a female police officer verbally and physically. Also, she was reported using negative attitudes and also arrested for calling the officer a “fucking dyke”. Shortly after her arrest, her judges reduced her charges following the law process and the case was closed in 2008.

As we prior mentioned, Alycia Lane and Larry Mendte had already worked together. Both of them were found to be exchanging their private e-mails in order to feed the news information to gossip columnists. After some time, Mendte was found guilty and charged a jail of three years.

Looking at this, Lane field a  case against Larry and CBS for trying to check her e-mails. However, when she was asked about her laptop, she had already disposed her computer as per the reports. And that was the most necessary evidence for the CBS for defending against Lane.

Finding all the news, KYW-TV terminated its contract with Lane.

The former American journalist, Alycia Lane is not that much expert in handling her marriages. She married and divorced both times with both husbands. At first, she exchanged her wedding vows with Dino Calandriello in the year 2000.  Shortly after four years of their wedding, the couple ended up their marriage with a divorce in 2004.

After that, Alycia exchanged her wedding vows with the famous business tycoon, Jay Adkins on 27 August 2005 at Wake Country Courthouse in New York. Though having a lavish wedding, the couple went to the end of their marriage after two years in 2007.  After the divorce, Jay married Ximena Duque.

The former journalist, Alycia Lane earned a huge amount from her news reporting and anchoring career at Fox, CBS, NBC, KYW-TV, etc. As per various tabloids, she is reported to have an estimated capital of $2 Million as of 2019. With no doubt, she is leading a lavish life with her daughter and family at present.

For more updates, connect with AllStarBio. 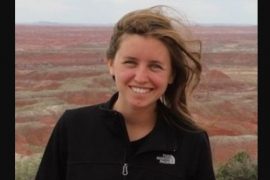