Before the ’90s, very few actors used to do on-screen comedy, but as time changed various young talented actors emerged. Andrew Schulz is one of the emerging actors whose fans are beyond the boundaries. He is a brilliant actor with a unique sense of humor.

The 6 ft 2 inches tall, Andrew’s one of the famous onscreen acts took place with The Brilliant Idiots podcast. He also performed in the TV series, Uncommon Sense with Charlemagne and the 2013 TV series, Guy Court. To know more interesting facts about Andrew, make sure to read the full-fledged article. Stay tuned.

Andrew Schulz was born on 30th October 1983 in New York, the United States. He graduated from the University of California, Santa Barbara. He found his interest in the entertainment field at an early age and decided to pursue his career as a comedian. The 36-year-old actor released his first comedy video 4:4:1 on his own Youtube channel where it amassed over with 1.4 million views.

His album 5:5:1 considered no. 1 ranking in iTunes comedy chart, Amazon, Google Play and so on. The Irish descent actor has played various roles till now and all are proved as the best entertainment videos on the internet.

However, Andrew’s life seems full rollercoaster ride, He used to attend Santa Barbara and also worked at a nearby restaurant, before the famous life as a comedian. Still, there is a long way to go for the Guy Code actor.

According to the Celebrity Net Worth,  the Guy Code actor, Andrew Schulz has a net worth of $3 million. Still, the American actor is one of the top stand up comedians with his own podcasts, which helps him gather a massive amount of income.

Due to his various other jobs, Schulz is not in the rank of the top 10 richest comedians list. According to Forbes Kevin Hart with $59 million and Jim Gaffigan with $30 million net worth are still ruling the list. The multi-talented, Andrew will surely increase his net worth as he is just in his mid-thirties at present.

His film, The Female Brain earned $21,786 domestically and where the film also gathered an impressive collection in an international arena. Currently, the famous star is working in various upcoming projects.

The brilliant stand up comedian, Andrew Schulz has performed in numerous MTV2 shows including Girl Code, Guy Code, Jobs That Don’t Suck and The Hook Up. Similarly, in 2015, he appeared in IFC series Benders.

However, podcats on Loud Speaker Network proved as the turning point in his life. As a result, he performed in Fiagrant2 along with Kazeem Famuyide and Akaash Singh.

According to online sources, Andrew Schulz supposed to be in a relationship with Sara Phillips and it also made lots of headlines too. The couple found several times together in public places as well. Some sources admit that they were dating some years back, however, they got separated in May 2015.

The young comedian,  Andrew has over 371K followers on his Instagram. So far, he has not uploaded any pictures with a girl hinting her to be his partner. Instead, he keeps updating about his professional life. Besides the rumors, he seems to be single and enjoying his bachelor’s life to the fullest. Andrew is currently busy in various up comings and soon he will find a perfect match. 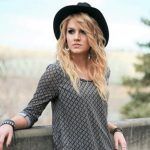 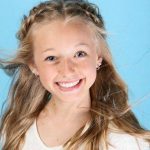