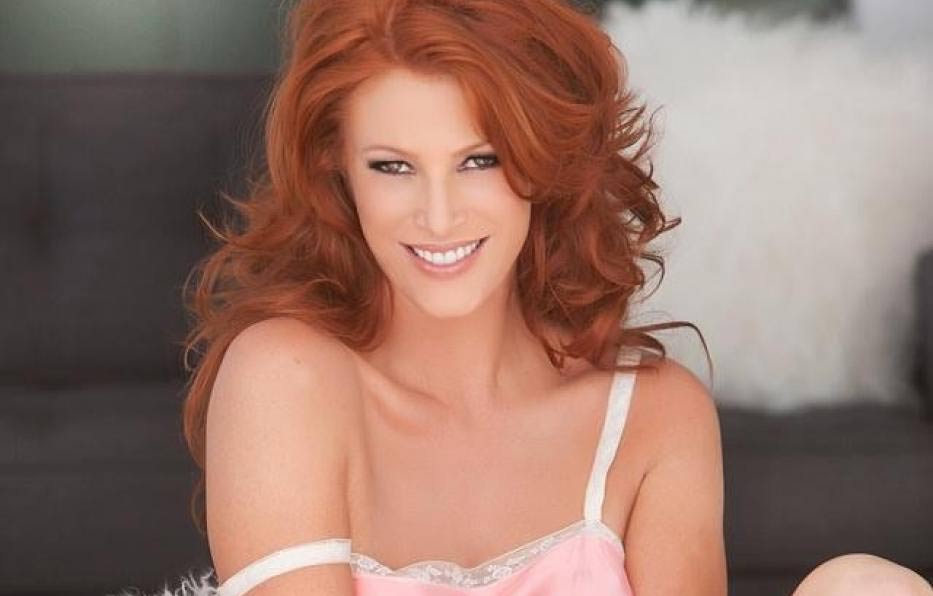 Angie Everhart is a well recognized American Actress and Supermodel. S Everhart is popular for the playboy model and sports illustrated swimsuit. She is famous for appearing on Last Action Hero (1993), Take Me Home Tonight (2011) and Bordello of Blood (1996).

Similarly, Everhart is a twice-married woman. Does she share any children with her two husbands? Moreover, she makes an excellent earning and enjoys a huge net worth out of her successful career. If you are one of the greatest fans of Angie, then read the article until the end and find out all the details about her personal and professional life.

Everhart was born on 7th September 1969 as Angela Kay “Angie” Everhart at Akron, Ohio. Her family includes mother Ginnie (Homemaker) and father, Bob Everhart (Engineer). As far as her citizenship, she is American and belongs to German, English descent.

In her early teens, Everhart started her modeling career. She was the cover of established and reputed fashion magazines like Elle and Glamour. Besides that, Angie has appeared in several sports illustrated swimsuit issues for different magazines. She made her big-screen debut from the movie Last Action Heroin 1993. In late 1999’s and early 2000, Angie was the cover face of Playboy magazines.

Angie has appeared on reality shows like Celebrity Mole: Yucatan and The Real Gilligan’s Island. She has worked as the co-host for ABC reality show The Ex-Wives Club.

Reviewing her personal life, Angie is married twice. Firstly, she was married to her first partner Ashley Hamilton in 1996. The couple couldn’t last their relation long. They divorced in 1997, after a year of their marriage.

Then, it was rumored about her relationship with Sylvester Stallone, but they never spoke about it. She was also engaged with Joe Pesci in 2007, but they split up in 2008, after spending eight years of their life together.

The 5 feet 8 inches tall former model Everhart was secondly married to Carl Ferro. They shared the marriage vows on 6th December 2014. Angie welcomed her first child (a son) Kayden Bobby Everhart on 24th July 2009. Again, she gave birth to her son with the partner Chad Stansbury, her ex-boyfriend.

The Former Sports Illustrated and Playboy model Angie broke her back when she was nineteen. She is an avid skydiver. In 2013, she had thyroid cancer surgery. During her surgery, one of a representative also shared:

“[Angie] wants to set the record straight by letting everyone know that is true that she has been diagnosed with thyroid cancer, however, the prognosis is very good.”

Reviewing her body statistics, Angie has the supermodel, banana-shaped body. She has large breasts with a slim waist. Angie stands 5 feet and 9 inches (1.78m) tall with bodyweight 61 Kg. Her fans can connect with her on Instagram, Twitter, and Facebook.

How much is Angie Everhart’s Worth?

Angie Everhart is a famous actress and former model who makes quiet huge earnings out of her successful acting profession. As of 2020, she has a whopping net worth of $8 Million as of 2020. Well, she made her wealth and most of the earnings from her roles in many Films and Series included Denial, Another 9 1/2 Weeks,  Payback, and Take Me Home Tonight.

An average actor/actress in the United States makes an hourly earning of around $40. However, she has not yet revealed her actual salary in the media. But for her roles, she might be paid good amount of money as an actress.