Once in our lifetime everyone of us has watched horror movies and enjoyed the thrill. Today’s topic is about an English director who followed his parent’s footsteps and started making scary movies. He is non-other than Anthony Hickox.

Anthony Hickox is an English director, screenwriter, and producer who is famous for making horror genre movies. Some of the notable works of Anthony are Waxwork, Waxwork II: Lost in time, Sundown, Hellraiser III, aND Warlock: The Armageddon. To know more about Hickox stay tuned:

Anthony Hickox was born on January 1, 1959, in Hampstead, London to a family of filmmakers. He is the eldest son in the family to father Late Douglas Hickox and mother Anne V Coates. His dad was a director, while his mother won Academy award-winning as an editor for Lawrence of Arabia.

He grew up alongside sister Emma E Hickox and brother D R Hickox. Both of Anthony sibling works as an editor in the movie and television industry. In addition, he is the nephew of Legendary Industrialist Lord J. Arthur Rank.

Anthony Hickox worked as a club promoter during his time in London. Ultimately he moved to Los Angeles and started experimenting with his skills in writing and directing during the late ’80s and ’90s. He gained recognition for the unique style of dual focus technique. The technique focused on taking one person’s face during most of the screen while another person on the other half of the screen in the background.

Anthony married Romanian actress Madalina Anna. The couple met in 2015 and started dating each other. As per his Instagram, the couple seems like a travel freak and they have explored several places together. However, details about their marriage are yet undisclosed.

Madalina looks like to be in her 30’s whereas Anthony is currently in his 60’s. Besides, the couple seems to enjoy their company as they often share each other’s pictures.

Going through Anthony’s Instagram old post we can see a picture of a girl who he referred to as Jaz. The girl the pictures could be his ex-girlfriend before marrying Anna. His post in 2014 is all about traveling with the girl with caption ”Love”. Nevertheless, he stopped uploading Pictures with Jaz after April of 2014. They two might have parted their ways in between 2014-2015.

In addition, Anthony and his wife Madalina worked in a movie together where she played Tatiana Romanova in the 2016 release  ‘Exodus to Shanghai’. Anthony uploaded a picture of a shoot with his wife with the caption ”my girl as lead” where she is seen doing makeup for the shoot.

Anthony Hickox currently enjoys a total net worth of $2 million from his career as a director. The films that he has directed are doing well in the industry. His first directorial venture Waxwork earned around $808,114 in the box office. Anthony’s movies earned an average of $2 million in the ’80s and ’90s.

His wife Madalina earns around $30,000-$45,000 from the movie as an amateur actress. With such fortune, he lives a rich and lavish life. Boman Mark Rivera Modine, Jason Reid, Taika Waititi, and Lee Daniels are some other renowed film Directors. 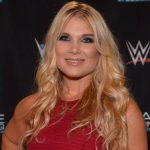 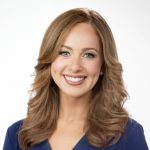