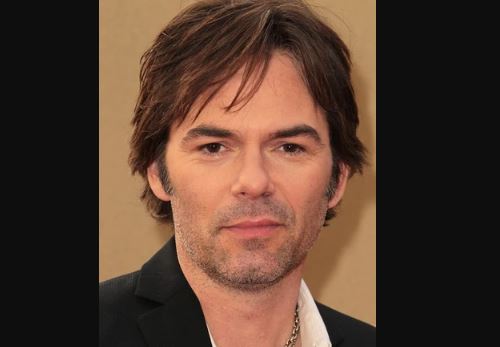 Did you watch the CBS TV series, Zoo (2015-2017)? If not, then let us explain it to you. The Zoo is a TV series based on the novel of James Patterson where Billy Burke made his appearance as veterinary pathologist Mitch Morgan. The American actor, Billy received a huge appreciation of his fans after playing the main role in NBC’s sci-fi series, Revolution.

The 53 years old actor, Billy is serving the entertainment industry since 1990. He accumulated most of his capital through his appearance as Charlie Swan in The Twilight film sequel. So, how much net worth does he enjoy? Talking about his personal life, he divorced his former wife after sharing a kid. Then, who is his ex-wife?

Let’s discuss his biography in the lower sections. Stay tuned.

Billy Burke was born and raised in Everett, Washington and grew up with his American parents. Since a tender age, Billy was so much interested in singing. As a result, he joined a band at the age of fifteen. In order to pursue his career as a singer, Billy also got involved with many bands.

At an initial phase of his career, Billy used to perform drama at Western Washington University. As a musician, he first worked in Seattle, the Annex Theater, A.H.A. Theater. After moving to Los Angeles, Billy found his interest in acting and started auditioning for it.

So far, Billy has not revealed anything about his parents and siblings.

Till now, Billy Burke has appeared in over fifty (50) films. Among all of them, his most notable role was in the Twilight Saga film series where he played the role of Charlie Swan alongside Kristen Stewart, Robert Pattinson, Nikki Reed, Anna Kendrick, Taylor Lautner, Kellan Lutz, and many others. He appeared in all the sequel of The Twilight Saga i.e. New Moon (2009), Eclipse (2010), Breaking Dawn Part I (2011), and Breaking Dawn Part II (2012). Recently, in 2018, he appeared as Eddie in the film, Breaking In.

The 53 years old, Billy Burke was married to his long-time partner turned former wife, Pollyanna Rose. His ex-wife, Pollyanna is the daughter of Ray Williams and successfully active on her career as an English actress, best known for appearing in Luster (2010), The Devil’s Chair (2007) and others.

After dating for a long, the couple exchanged their wedding vows in a private marriage ceremony on 15th June 2008. The couple spent nearly a decade of marriage relationship together before their divorce in 2017. Also, they shared a daughter named Bluesy LaRue Burke.

Prior to Polly’s marriage with Billy, she was married to Max Brown and shared nearly three years of a happy married life. They were married on 18th December 2005 and divorced on 15th May 2008.

As we prior mentioned, Billy Burke has already appeared in over 100 films and TV series included. From his brilliant performances, he must have accumulated an impressive amount. As a matter of fact, he has an estimated net worth of $5 Million as per the Celebrity Net Worth.

After the divorce with ex-wife, Billy Burke along with Polly listed their Sherman Oaks home for $2.75 Million. The house captures a space of 4.300 sq. feet with a swimming pool, five bathrooms, and four bedrooms.As per the records, the property was bought for $1.95 Million in 2010.