Brian Steele is an American actor who is best known to portray the role of villains in many movies. His recent acting credit is in the Lost Space as the robot, in 2018. Brian has only portrayed roles that can scare the audiences, and eventually, he has a lot of fans throughout the world. People admire his hard work and understand how hard it is to play the role of villain in heavy costumes and make-ups.

So, let’s get to know everything about the extremely talented personality in the world of the entertainment industry. In the article below, we will reveal everything about Brian’s career, net worth as well as his personal life.

Brian Steele was interested in acting from an early age. But the boundless energy and ambition had no direction, growing up in the small town of Highland, Michigan. Luckily, a few local TV programs in Detroit quickly altered all that. But Brian discovered “Monster Week,” The Ghoul, and Sir Graves Ghastly, and was fascinated with the creature-characters characters.

While Brian was in school, he used to feel awkward around his classmates as he stood at an astonishing height of 6’7. But Later, he found on screens icons of inspirations, Three Stooges and Laurel and Hardy helped him embrace and fight against his physical awkwardness.

Brian’s career started when he moved to Florida hoping his career would take off a new path. But until two years, he did jobs like, bagging groceries, working at a go-cart track, and on the docks at the local marina. Brian wanted to take a second chance and bought a one-way ticket to L.A. with $700 in the pocket and a bag full of clothes. Fortunately, Brian got the role to perform as Frankenstein’s monster, hired by the Universal Studios Theme Park.

Soon after, Brian’s career started flourishing as he was nurtured and supported by his co-stars to continue the profession as an actor. When Universal Studios wanted a man who would perfectly fit for the Harry and Henderson’s character, in no time they hired Brian Steele for the role.

Since 1997, Brian has been giving life to the monsters in the movie. He has been scaring audiences with his enormous real like acting talent. In contrast, his career really took off when he got a chance to work with Hollywood heavy-hitters.

He got the role of a villain in the movie, Blade: Trinity and not only this, but he has also worked with famous directors such as Guillermo Del Toro and M. Night Shayamalan. Brian’s other notable works include, Hellboy, Hellboy II: The Golden Army, Underworld, Underworld: Rise of Lycans, Underworld: Evolution, Terminator Salvation and many more.

So far in his career, he has portrayed the creatures alongside Adrian Brody, Christian Bale, Tom Sizemore, and Arnold Schwarzenegger.

Read About Christopher Schwarzenegger, Find What’s his Relationship With Arnold

Know About His Net worth and Personal Life

The net worth of Brian Steele is still under review as of 2019. But we assume that his wealth is in millions. His source of income is his acting profession. His acting is praised by all the people around the world. Brian has not only earned fame but has also made a name in the entertainment industry.

Brian Steele likes to live a low key life apart from the media. Therefore, there is no information regarding his personal life. It is still under the wraps about his girlfriend or wife. 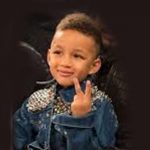 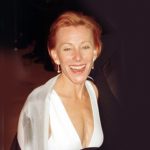