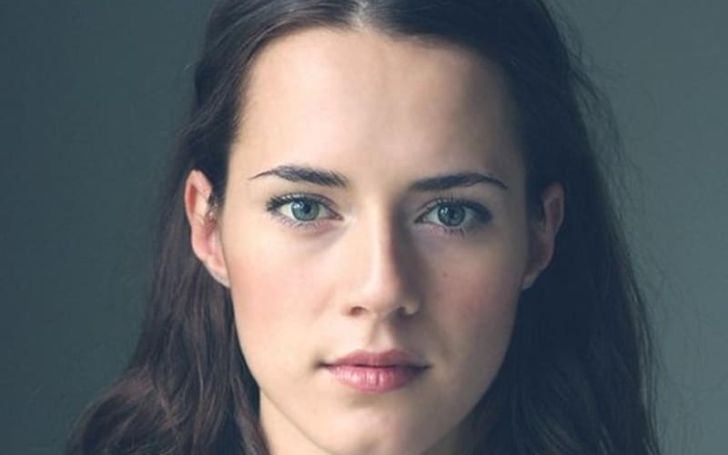 Caren Pistorius is an incredible Hollywood actress. Caren has appeared in various Tv series and films since 2009.

Moreover, The actress has been nominated for a 2014 TV Week Logie Award in the Most Popular Talent Category for Janine Myles in Redfern Now.

Born and raised in Rustenberg, South Africa, Caren Pistorius is a South African-New Zealand actress who, along with her family, immigrated to New Zealand when she was 12.

The actress was prominent in New Zealand for her works, such as The Blue Rose and Offspring. However, in 2015, she had worldwide recognition for her role in the Slow West.

She played the role of Rose Ross, a Scottish immigrant with a bounty on her head.

As for her education, Caren attended the Auckland University of Technology, majoring in animation and illustration.

Who is Caren Pistorius dating? Know her boyfriend and relationship!

However, she spoke about her boyfriend on Nov 23, 2016, in an interview on nowtolove.

She spilled it while recalling the exact moment she found out she had a role in the Hollywood period drama The Light Between Oceans.

Caren said she was in a hut in Guatemala with her boyfriend, and There was a squeal, and we went out for a meal to celebrate.

She added that they traveled for five months, road-tripping America before heading to Guatemala, Nicaragua, Costa Rica, Mexico and Cuba.

After all, the name of her boyfriend remains unknown. As there is no information about her current relationship, Caren Pistorius might be single currently in 2022.

Caren Pistorius began acting in Highschool theatre productions at the age of 12. She began working in television and film after graduating and returning to theatre briefly.

First, the actress got a recurring role in the Tv series Legend of the Seeker as Luna in 2009. After that, she played Chloe in a 2012 New Zealand romantic drama film, The Most Fun You Can Have Dying.

In 2013, Caren appeared in several Tv series such as The Blue Rose, Paper Giants: Magazine Wars, Offspring, and Redfern Now.

Finally, Caren Pistorius rose to prominence internationally after appearing in a 2015 Western film Slow West as Rose Ross. Since then, the beautiful star has appeared in various films, including The Light Between Oceans, Denial, Cargo, Gloria Bell, Mortal Engines, and High Ground.

Pistorius has portrayed Rachel Flynn in a 2020 action thriller film Unhinged. Also, in the Tv series Wake in Fright.

As for her networth, The actress spans two decades in the film industry. Therefore, her estimated networth is over $1 million.