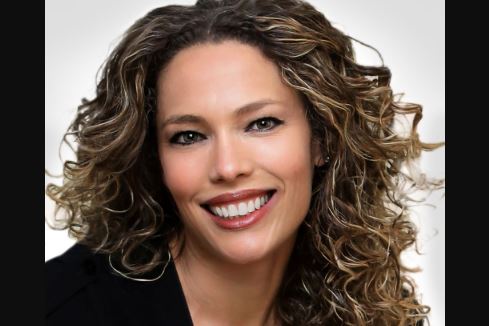 Chanda Gibson is the public figure, fights for social justice. More than that, Gibson is famous for dating the US Senator, Cory Booker. She devotes her life to social justice and liberty. Moreover, Gibson is a Executive Director at the Council of Urban Professionals.

Chand has worked for the Child Welfare League of America and gave Pro Bono services too. If you want to know more about Chanda, then we suggest you read the whole article.

Chanda Gibson was born in 1974 in Northern California, USA. She holds an American nationality and belongs to mixed ethnicity. Her parents were divorced when she was a child and Chanda was raised by her mom and stepdad. According to the social rights activist, her mother played an inspirational role in her career who stand for social rights and liberty of the people.

Gibson has a law degree from the USC Gould School of Law and an undergraduate from Stanford as well as a B.A. in Political Science. Undoubtedly she seems excellent in academics. According to the sources, she took a gap while studying and spent time with orphanages, at Stanford.

From the very beginning the 45 years old activist always outrageous to work for social injustice but pro bono service shocked her mentally and she thought social work is not for her. Currently, she is the popular face of Goldman Sachs.

Chand Gibson is in relation to US senator Corry Booker and calls him her “Spiritual  Advisor” as per Forbes. She is a single mother of two children.

They are dating each other for more than a year now but for various reasons, their love life was kept away from the limelight. They are planning to take their relationship at the next level however, they are currently busy in works and marriage is yet to be done.

According to various sources, Corry seems attached to other women too including Gayle King (CBS anchor) and  Cleo Wade (a poet and lawyer of Hollywood entertainment industry). Among the linked celebrities with Cory Cleo is the recent one.

Chanda Gibson is a single proud mother and quite enjoy that status.  Both  Cadeo and Zane belong to Vietnamese and Native American (mixed) culture, still, she manages to teach them to respect other cultures too.

Despite the fact that the 45-year-old activist busy with her hectic schedule, manages time to spend with her toddlers. She is the perfect example for parents who are busy in this corporate world and didn’t have much time for their children and definitely we should learn from her.

Looking at Chanda Gibson’s career sucess one can assume her net worth easily. However, the activist hasn’t revealed the exact figure of her net worth and salary in the media. In addition, she is the co-founder of CUP, from where she earns more than $500 thousand. Gibson has worked in Goldman Sachs which provides the annual salary of $367,564 annual basis and net worth is increasing on a daily basis.

While on the other hand, her partner Cory has a net worth of $3 million as of 2019. Both  Corry and Chanda are at their peak of success, may they achieve all their dreams.