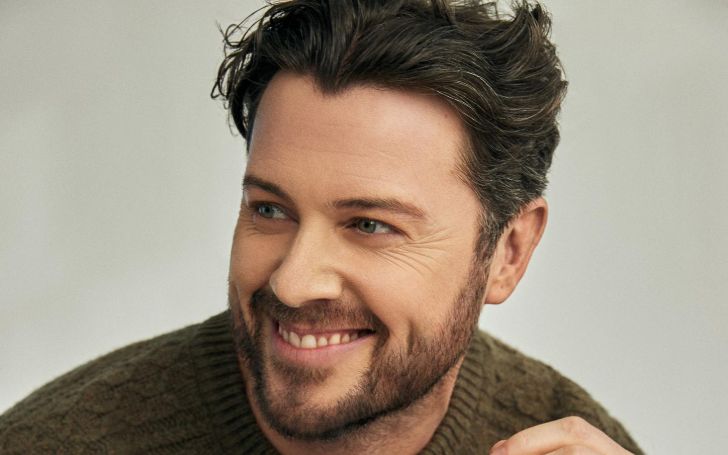 You are probably familiar with Dan Feuerriegel from one of the most-watched shows of all time, Days of Our Lives, who stares  EJ DiMera. The show started in 1965 and has been on the air ever since, having 57 seasons and 14000 episodes.

Or, you must have known him from his character  “Agron” a gladiator recruit in the series Spartacus: Blood and Sand, Spartacus: Vengeance, and Spartacus: War of the Damned. Through this role, the actor gained massive international fame!

Actor Dan Feuerriegel is nicknamed Fury King so many people might know him as Fury King.

How rich is Dan Feurriegel? Know his networth!

Born and raised in Sydney, New South Wales, Australia, Dan Feurriegel is an Australian Actor. He has been in the film industry since 2004.

As a result, the actor has amassed large fortunes through his career spanning nearly two decades. Precisely, Dan Feurriegel spans 18 years in the field. He holds a networth of over $4 million!

Since then, the actor has played in 11 theater and stage productions, most notably in The Beauty Queen of Leenane, Pink Floyd’s – The Wall, The Merchant of Venice, Rent, Three Sisters, and They Shoot. Horses Don’t They?.

Dan Feurriegel started his acting career professionally in 2004. He began with theater and stage productions. From 2005, He landed in short films and Tv series.

His first feature film was in the 2005 controversial short Boys Grammar alongside Jai Courtney and Adam J. Yeend. In the same year, the actor also joined the cast of Small Claims: White Wedding in 2005.

In 2006, Dan starred in Burke & Wills. Also, in the short film True and he had a recurring role on the smash-hit series McLeod’s Daughters playing Leo Coombes for five episodes.

Apart, he played Kim in the episode “The Reunion in the series Stupid Man.

In 2007, Daniel Feuerriegel joined the short film Between the Flags cast. Furthermore, In 2008, he had a recurring role on the hit series Home and Away, playing the journalist Gavin Johnson.

He also guest-starred in an episode of The Strip in the same year alongside Aaron Jeffery.

In 2009, the actor starred Brendan in the Australian series All Saints, whereas in 2006, he had played Cameron Indy Jones.

He played Agron, a gladiator recruit in the smash-hit series Spartacus: Blood and Sand. He continued the position in 2012 in the third season until the fourth and final season in 2013.

Since then, Dan has appeared in various Tv series, including N.C.I.S.: Los Angeles, Chicago Fire, Travel Boobs, Agents of S.H.I.E.L.D.

Most recently, The actor took over the role of EJ DiMera in N.B.C.’s Days of our Lives. He made his debut on June 9, 2021. Before, Ej DiMera was played by the actor James Scott.

James Scott played Ej DiMera from 2006 to 2014. He quit the show because he wanted to retire from acting, and he did retire. James began a life coaching business, The Whisper Within.

Nonetheless, If you’re wondering, the actor would one day be back to DAYS; Sadly, he has confirmed having no plans to return to Holywood.

On October 29, 1981, Dan Feurriegel was born Daniel Gregory Feuerriege. Although he was born and raised in New South Wales and Queensland, Australia, he settled in Los Angeles, California, U.S.A.

Also, the LA-based actor is a 41-year-old charming and jaw-dropping, standing perfectly 6 feet 2 inches tall and having those captivating green eyes and dimples.

Furthermore, talking about his education, Dan graduated from Villanova College, located in the Brisbane suburb of Coorparoo, Queensland.

Additionally, He studied acting at the Queensland University of Technology in Brisbane, graduating in 2002.

Also, as for the socials of a 41-year-old jaw-dropping actor, he is active on Instagram under the username @thedanfeuerriegel amassing huge fan followers of 71k. Similarly, on Twitter.

Dan Feuerriegel has been pretty private about his affairs and relationships lately. However, He is not married.

Later on, In 2015, the actor revealed that he was dating actress and Film director Jasmine Jardot. He posted a close picture with her on Instagram captioning,

Furthermore, It is unclear if the duo is dating as there is no legit information. It seems like Jasmine and Dan broke up in 2017 as Dan had last posted her picture on Instagram in 2017. Since then, neither Dan nor Jasmine hasn’t talked about each other and are not seen together.

On the other hand, some sources claim that the pair are still together as of 2022. In addition, Dan’s past relationships and affairs remain behind the curtains.

After all, the charming Daniel Gregory Feuerriegel might be single in 2022.