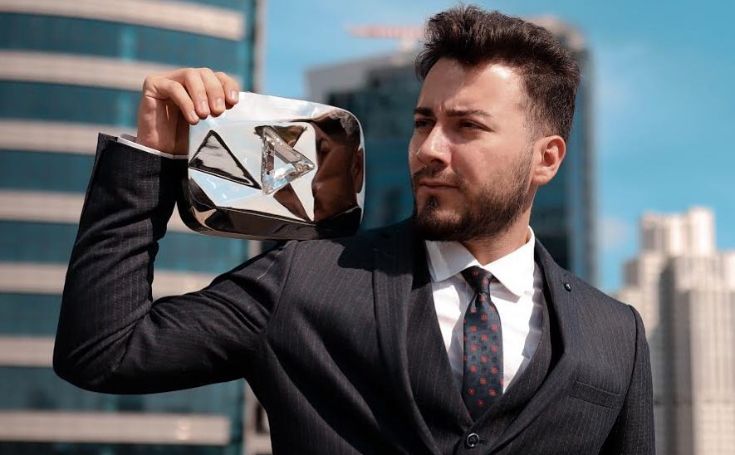 As we all know, in this modern age of technology, social media sites have played a vital role in people’s lives positively and help all show their hidden talent and share knowledge-related things.

In this capsule, we are going to discuss a social media star. The person is none other than Enes Batur, best-known for his YouTube games and vlogs under NDNG-Enes Batur. These days, the YouTuber usually plays Minecraft.

Golden Butterfly Awards winner (2017), Batur became famous because of his variety of vlog videos published on his Youtube Channel, Enes Batur. Moreover, Let’s Plays, challenge videos and other vlogs are on his top-rated self-titled channel.

Besides this, the star is also a Turkish actor. What’s his relationship status? How wealthy is Enes as of now? Lets’s dive into this article and know all the answers to your queries in the section below:

How much Net Worth Does Enes Batur Boasts?

Speaking about his earnings, Batur is a prominent YouTuber and gamer who has accumulated a decent amount of money and gained a staggering wealth from his videos and sponsorship.

Looking at his YouTube statics, the star has published 1979 videos on his Enes Batur YouTube channel to date, which all together add up to more than 9.1 billion views and 15.6M subscribers.

As per SocialBlade.com, his channel makes $14.1K – $225.1K as estimated monthly earnings and $168.8K – $2.7M as calculated yearly revenues. Also, he creates eight new videos every month on average on his other TR YouTube channel.

Besides making videos on YouTube, Enes is also an actor and makes a considerable fortune. Also, he has signed with famous and luxurious brands like Vodafone, ASUS, HP, and many others, from where he adds extra cash to his pocket.

Evaluating all his incomes, his estimated net value is around $22million as of now. Hence, there is no denying that the hunk is living lavishly with his good fortune.

Is Enes Batur Dating Someone? What Is His Current Relationship Status?

Twenty-three years old, social media sensation Enes’s relationship status is marked as single at the moment. Maybe, the good-looking man is dating someone, but he has not talked about this topic frankly on social media sites.

Before this, the YouTube star was in a love relationship with his fellow YouTuber Başak Karahan between 2017 and 2018. After some months, the two broke up with each other and began their life in their way.

On May 22, 2019, Batur’s marriage pictures with Damla Aslanalp surfaced on his Instagram Fake being married on Instagram and noted the day and married Damla plus posted the wedding photographs under the username @enesbatur0 stating: beautiful words being very thankful to bring joy in his heart, beauty to the world, and love to his life. Nevertheless, it was not valid.

But his fans, followers, and well-wishers did not accept it and named it a commercial for the new film. After a while, the gamer declared that the rumors were fake through a live video on his Instagram account, and it was for a movie.

We know from an investigation that the Turkish performer is enjoying his single life, and jas kept himself away from the spotlight. Given his celebrity status, the star has worked chiefly behind the scenes. So far, Enes hasn’t been involved in any kind of relationship till now since the good-looking man is living a life behind the curtain.

In contrast, the beautiful fellow is an animal lover.

Who Is Enes Batur? His Bio And Early Life

Youtube Vlogger Enes Batur came into this world on April 9, 1998, on Thursday in Antalya, Turkey, under the astrological sign of Aries.

Likewise, he was born to his Muslim parents: his mother, Arzu Sungurtekin, and his father, Fatih Sungurtekin.

He grew up along with his two siblings named Toygu Berat Sungurtekin and Elis Bera Sungurtekin. Moreover, the actor is very close to his siblings and loves to spend quality time with them. As per nationality, he is of Turkish nationality and belongs to a Turkic ethnic background.

Moving towards his academic background, he attended and graduated from the Computer Science Department of Antalya Bilim University.

As a kid, Batur started to be interested in gaming and YouTube. So far, later, the guy joined the Cinema and Television Department of Nisantasi University to fulfill his YouTube career.

As a vlogger, the handsome hunk makes videos of him playing games like Minecraft and creating challenge videos with his close ones, TikTok videos, among many others.

In addition to this, on November 10, 2013, Batur has created another vlogging channel under the username Enes Batur 2, which has 1.16 million subscribers.

But, he has only posted eight videos on that channel and has earned over 19 million views plus 1.058M subscribers.

Furthermore, the hunk made his single Sen Yerinde Dur (feat. Kaya Giray) in 2018, his own movie soundtrack Dolunay in 2019, which now amassed 100Million success, and recently released a new song  𝕭𝖎𝖑𝖎𝖞𝖔𝖒.

In addition to this, the skillful entertainer has won several awards throughout his social media career. In 2017, the performer earned the first-ever Best YouTuber/Instagrammer Award at the 44th Golden Butterfly Awards, though the organization later took the award back.

In 2018, he won the Social Media Phenomenon of the Year award at the 5th Golden Palm Awards. Also, he owned the most-subscribed personal YouTube channel in June 2020 in Turkey with over a 13million subscribers, through which he uploads a variety of videos.