Daniel Kaluuya is an English actor and writer. Moreover, he rose to fame after a starring role in the horror-suspense film Get Out. Because of his performance, he got the chance to play the role of W’Kabi in the Marvel movie Black Panther. Besides, he has also appeared in another superhero movie Kick-Ass 2.

Daniel initially became known to Tv Audiences as Posh Kenneth on the show called Skins (Uk). Not only that, but he had a recurring role on Psychoville as well. Additionally, he has also played the lead role in Sucker Punch at the Royal Court Theatre in London.

Daniel Kaluuya was born on February 24, 1989, in  London, England. He belongs to black ethnicity and holds a British nationality. Moreover, Daniel is the son of Nausoke Kaluuya and Stephen Kaluuya. Talking about his parents, they were from Uganda, who later emigrated to the UK.

In addition, his father returned to his homeland, but his mother stayed in London and raised Daniel and his older sister on a council estate. However, his father lived back in Uganda; he rarely visits his family due to visa regulations.

During his early years, Daniel went to a Catholic boy’s school named St. Aloysius College in Highgate, North London. At a very young, he developed a passion on writing and wrote his first play at the age of nine. Also, his story won a competition, and later it was a performer at London’s Hampstead Theatre. When he was 19 years old, he began his training at Anna Scher Theatre School in London.

In 2006, he made his first debut from the movie Shoot the Messenger as he played the role of Reece. After that, he appeared in the tv series called The Whistleblowers, and in the same years, he again appeared in another tv series called Comedy: Shuffle. In between his career, he has appeared in various shows and movies. But his notable roles are in the film Get Out, Black Panther and the Tv series called Skins and Psychoville.

Kaluuya is very strict about his private life, which is why he hasn’t shared any information about his romantic life. However, one of the sources claimed that he is in a relationship with Amandla Crichlow. Talking about Amandla, she has also done some of the actings in series, which can count as an actress. But most of the people give her the title as a former actress.

Further, the couple was seen together at the premiere of Black Panther in 2018. Since then, the rumors started spreading about his relationship with Crichlow. However, the couple hasn’t really accepted being in a relationship. But it seems like they are keeping their relationship in a lowkey.

How precious is Daniel Kaluuya?

The 31 years old actor and writer has earned a massive amount of fame and money from his long career.  Until now, he has appeared in various movies and tv series, which is the reason he has grabbed a massive net worth as well. According to Celebritynetworth.com, Daniel has a hefty net worth of $15 million.

Furthermore, Daniel is still active on the field of the entertainment business, which leads that his net worth might get an increase in the future. Besides, he is also working on a new project which will pay him a fair share as well. 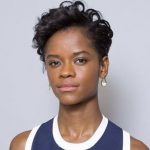 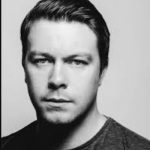