Nowadays social media has become an easy means to come to the limelight and also an easy career platform where one can show their talent worldwide. Today’s topic is about a similar star who established her career as an Instagram model. The star is no other than Desi Perkins who has 3.8 million followers on Instagram account.

Desi is not only an Instagram model but she is also a Youtuber and has 3,290,331 subscribers and 229,109,271 video views. In addition, she is also a former freelance makeup artist. From her multiple careers, Desi earns a colossal amount of money. If so how much net worth does Perkins have?

Desi Perkins was born on March 3, 1987, in California under the zodiac sign Pisces. As per her nationality, Perkins is American and belongs to the mixed ethnic background as her father is Spanish and mother, a Mexican. Further, she grew up along with her three siblings, brothers named Mjcheale, Marquis, and Danny. Perkins stated that her father is her main inspiration.

Is Desi Perkins Married? Who Is Her Husband?

Yes, the 32 years old Desi Perkins is a married woman. She married her boyfriend turned husband Steven Perkins. By profession, her husband is a graphic designer and also a photographer. After dating for a year the couple shared the wedding ceremony in 2012 in the presence of their family and friends.

Although it is not clear that when and where the couple met each other, they are leading a happy married life since their wedding. Moreover, Steven is very supportive of his wife’s career and further appeared on some videos of Perkins. Further, he is the one who edits the record makeup videos before they are posted on Desi’s channels.

Besides, Steven never fails to make Desi princess. On Desi 32nd birthday, Steven surprised her with fairytale-themed birthday ceremony. In the same way, Desi is also supportive of her spouse.

still thinking about the fairytale birthday for my ?? @desiperkins

On 21st July 2019, the husband and wife celebrated their 7th wedding anniversary and Perkins wished her husband via her Instagram account with a lovely caption “Happy anniversary baby“.

Moreover, the love birds also faced ups and downs in their relationship, including suffering from a miscarriage and not being able to share any children. Though the great sad incidents happened in their life, they are successfully handling the problems.

Desi Perkins’ net worth is estimated to be around $1 Million as of 2019. She collected a hefty amount of money from her career as a freelance makeup artist, YouTuber as well as a model.

Perkins was always interested in fashion and makeup so with the aim of trying to share the tips and tricks she began sharing makeup videos on YouTube. Desi further began posting her makeup work on Instagram which became a huge success helping her to amass over 3 million followers.

Not only as a makeup artist, but Perkins also adds some amount of money to her bank account through her YouTube channel as she has 3,290,320 subscribers and 229,109,271 video views. On her channel, posts videos about makeup.

Some online source reported that Desi earns around $14,390 to $23,983 per sponsored post via her Instagram where she has 3.8m followers.

Furthermore, the beautiful lady has maintained a perfect body figure with the measurements of 34 inches chest, 35 inches hip, and 25 inches waist. In addition, her shoe size is 6.5. Perkins has brown eyes and brown hair. 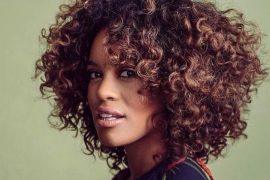 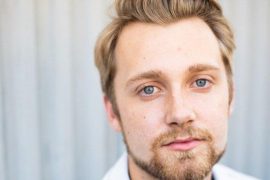 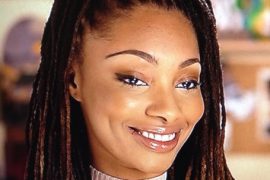