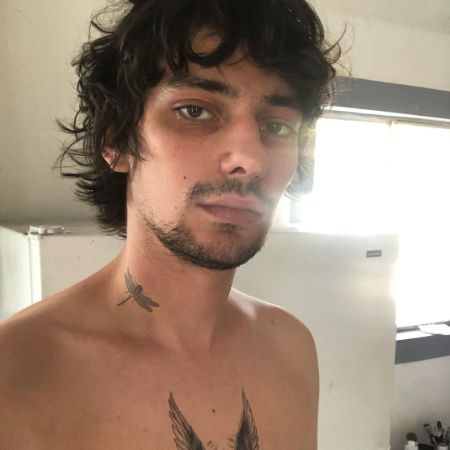 Do you love Sci-fi movies or Tv series? If your answer is yes, you indeed have watched CW’s The 100. Today we will explore one of the much-loved characters from the particular string, which is none other than Devon Bostick, who portrays jasper Jordan.

Similarly, the actor is widely known for portraying Jasper Jordan on the dystopian science fiction television series The 100 from 2014 until 2017, starring Simon in the Atom Egoyan-directed film Adoration.

Further, learn more about Devon Bostick, including his personal and professional life!

How much is Devon Bostick’s networth?

The Canadian actor Devon Bostick holds an estimated networth of $3 million. As mentioned earlier, he is best known for starring as Rodrick Heffley in the Diary of a Wimpy Kid film series and as jasper Jordan in The 100.

No wonder Devon has amassed this hefty sum through his career in the film industry spanning over two decades. The actor began acting in 1998 had has been performing ever since. He has 35+ film credits and 28+ Television credits.

First Devon Bostick in a tv series Exhibit A: Secrets of Forensic Science in 1998. Since then, he appeared in many films and television series, most notably Saw VI, Godsend, Dead Before Dawn 3D, Being Charlie, The Art of the Steal, Pink Skies Ahead, Tuscaloosa, The 100 and more.

On November 13, 1991, Devon was born in Toronto, Ontario, Canada. His father is actor Joe Bostick whereas his mother is a casting director Stephanie Gorin.

Devon Bostick has a younger brother Jesse Bostick who is also an actor.

As for his education, Bostick graduated from the Etobicoke School of the Arts in Toronto.

Is Devon married? Who is his wife?

No, not at all. Devon is not married, but according to some sources, he is perhaps dating. Devon Bostick is dating a Swedish model, Alexandra Burman.

However, he has never spoken about Alexandra Burman neither has he posted any post nor has the model. Still, the speculation rises.

On the other hand, Devon Bostick is also linked to actress Stella Maeve. The rumors of them dating started rising back in 2016 after Stella Maeve tweeted, “God damn I love this MAN. @devbostick”

Not only did she tweet, but the actress shared a  picture of them. However, none of the parties have spilled the beans.

As a result, they might be dating. But who knows?  Let’s wait until Devon Bostick spills something!