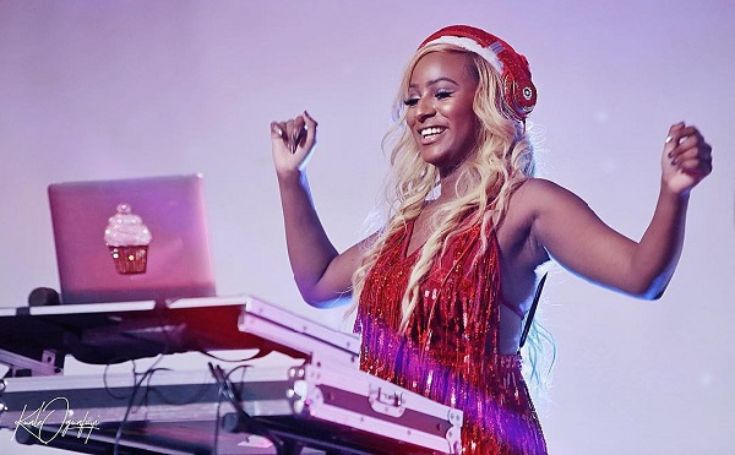 Florence Ifeoluwa Otedola, famously known by her stage name DJ Cuppy, is a Nigerian DJ, singer, and musician who came into thye limelight for her remix and music. Likewise, she is one of the most followed stars of Africa.

Besides her professional career, Florence is also recognized as the daughter of Femi Otedola, one of the richest people in Nigerian territory.

Stay tuned with AllStarBio, to collect detailed information regarding these prominent personalities.

How Wealthy Is DJ Cuppy?

Not to mention, Cuppy is one of the most followed musicians who have performed in several shows until now, which has probably stashed up a good income.

She has accumulated a decent wealth of over $3.5 million at this young age. However, his exact net worth is still under review.

Besides DJ, she has also established a jewelry line called Cuppy Cuts Jewelry and is also involved in philanthropic works. Also, Otedola launched the Cuppy Foundation.

Furthermore, she owns a music enterprise called Red Velvet Music Group which deals with production and business management. Further, her solo career in the music industry has also aided in adding a good sum to her bank balance.

Meanwhile, her father, Femi, has an estimated net worth of around $300 million. Born with a silver spoon in her mouth and being a daughter of a billionaire, she relishes an affluent lifestyle.

The 29 years old, Florence is living a single life without having any romantic affairs. Currently, she is more focused on her career than dating someone and working hard to gain more success in entertainment.

Besides, she is famous as a dog mom and raising her two pet dogs named Dudu and FunFun Otedola. As of now, they turned 6-months and also have an official Instagram account named @dufupoms.

After dating for several months, the duo broke up because of time differences. Concerning separation, she stated,

“I do not have a boo. Victor and I are not together anymore.”

Everything was going well; they were sharing a blissful bond. Nonetheless, in November 2020, they partitioned their love affair.

Likewise, she is the second eldest child among the four children, and her siblings are Olwaunmi Christie, Prince Fewa, and Temi Otedola. Also, Ifeoluwa has a half-sister named Tolani Otedola, from her father’s former partner.

Regarding her education, she graduated from Grange School, Ikeja. After that, the DJ enrolled at Kings College and earned a degree in business and economics in July 2014.