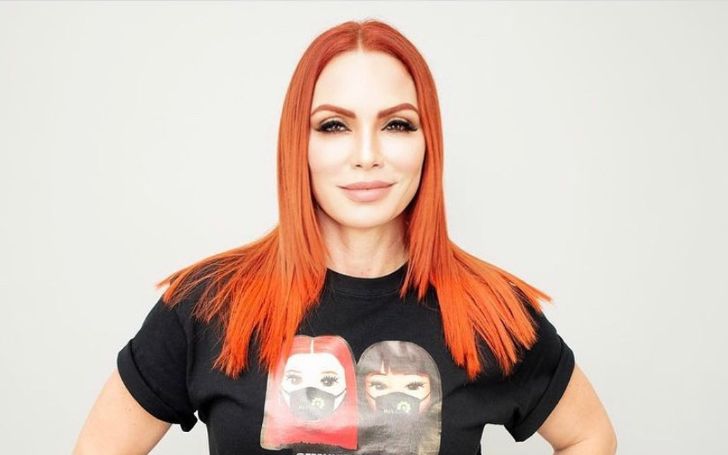 Who hasn’t listened to the song “Despacito”? This song was the most viewed Youtube video and reached the milestones of seven billion views. By now, you might be familiar with the singers of this song?

The singers are Daddy Yankee and Luis Fonsi. Here, we have gathered details about the leading artist, Daddy Yankee’s gorgeous wife, Mireddys gonzález! Further, continue reading till the end to know more.

The one and only beautiful and loving wife of the artist Daddy Yankee is Mireddys gonzález. She came to the spotlight after her relationship with the rapper Ramón Luis Ayala Rodríguez, known professionally as Daddy Yankee.

In addition, Mireddys Gonález is the CEO and manager of the record company EI Cartel Records. However, she is widely known as the better half of the rapper, Daddy Yankee.

Mireddys first stepped into the music industry and has been working ever since. She was a music manager. And finally, she became the CEO and manager of her partner’s record company EI Cartel Records, in 2001.

Actually, Mireddys and her older brother, Norma, were Daddy Yankee’s managers from the beginning in Puerto Rico. The record company was established in 1997 by Daddy Yankee.

Furthermore, Daddy Yankee is mostly known as the King of Reggaetón. Besides being in the music industry, the King of Mireddys gonzález is also involved in the film industry. He has worked as an actor and a producer.

Falling in love at a young age and married just at 17, Mireddys and Daddy Yankee are still so into each other. They possess everything a couple should have. The pair first met when the King of Reggaetón, as well as Mireddys, were teenagers.

Mireddys and Daddy Yankee walked down the aisle in 1994. In the same year, the couple had their first child, a daughter. Raising a child at 17 is probably difficult.

Marriage is indeed a huge responsibility. Daddy Yankee describes that raising their first daughter, Yamilette Ayala González was a hard experience at that age.

Daddy Yankee confronted his relationship with his wife Mireddys and children in an interview with María Celeste Arrarás in Al Rojo Vivo. He described their marriage as a strong bond, and his wife is friends above anything.

As the lovely pair have been together for decades, Mireddys and Daddy Yankee are blessed with three children. Their first child is a daughter named Yamilette Ayala González. She is 26 years old as of 2021.

Similarly, the second is also a daughter named Jesaaelys Ayala González. Jesaaelys is widely known in the beauty and fashion industry.

Moreover, She is the Instagram Celebrity, better known for her makeup and photography skills. The Instagram star also owns a youtube channel where she uploads her tour vlogs and makeup videos.

Furthermore, The last one is a son named Jeremy Ayala González. He was born on May 26, 1998. As a result, he is 23 years old and is dating a gorgeous girl, Andrea De Castro Ayala.

Born on January 19, 1977, in the United States, Mireddys gonzález is about 44 years old as of 2021. She holds an American nationality and belongs to the Hispanic ethnicity.

Her studies and qualifications are unknown.

As a celebrity wife, Mireddys gonzález is active on social media. Talking about Instagram, she has massive fan followers of 1.1 Million under the username @mireddys. Likewise, on Twitter and Facebook.

Furthermore, Her children also have huge fan followers. Jesaaelys is active under @jesaaelys having 1.2 Million followers. Jeremy Ayala González is as @jahmarpr with 303k followers.

Is Daddy Yankee retiring from music?

The King of Reggaetón indicated the retirement from the industry while accepting a prestigious award at the Latin Billboard music.

Moreover, having started his career in 1992 and taking music to the next level, the legend thanked millions of fans and encouraged them to enjoy his final tracks on September 23, 2021.

It is obvious that fans are going crazy and are sad that he is retiring. Some of the hits of Daddy Yankee are Gasoline, Con Calma, Dura, China, Rompe and many more.

In addition, the rapper has won more than 82 awards from 270 nominations since he rose to international fame in 2004.

How rich is Mireddys gonzález? Know her Networth

Mireddys gonzález lives a lavish life and certainly earns handsome money. Unfortunately, her salary or income is yet to disclose. However, Mireddys estimated networth is $3 Million. Her primary source of income is from her career as a CEO.

Daddy Yankee is one of the preeminent and successful musical artists in the entertainment industry. He first gained true international success in 2002, when he released the album El Cangri . com.

Another point worth noting is, Daddy Yankee was named one of the 100 most influential people by Time magazine in 2006.

Furthermore, the majority of his revenue is from his songs and other ventures like movies and endorsements. His album Barrio Fino made history when it became the top-selling Latin music album between 2000 and 2009.

Furthermore, Daddy Yankee has become the most listened to artist worldwide on Spotify, the first Latin artist to do so.