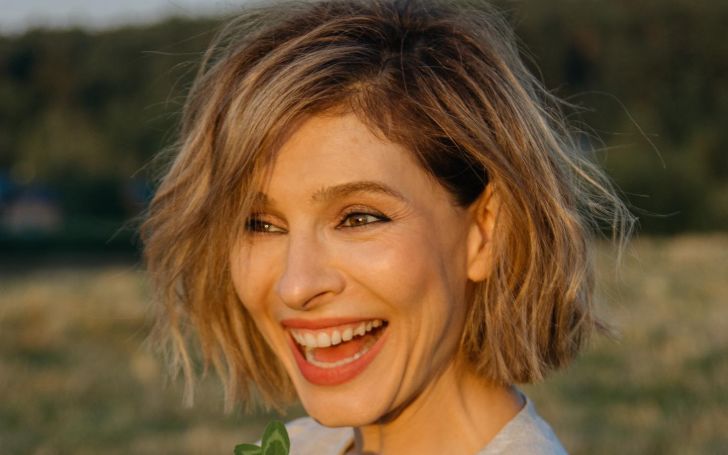 Elena Podakaminskaya is no stranger in the Russian film industry. She is one of the glamorous women famous for her acting skills and her gorgeous fashion style.

Elena Podakaminskaya has starred in numerous films, Tv series, and theater works. However, She is widely famous for starring in the Russian comedy series Kitchen on STS.

Moreover, Elena played one of the leading roles in the series Kitchen. She stared as Viktoria ” Vika,” an avid careerist engaged only in her work, having neither feelings nor emotions.

No wonder, The actress performed admirably in her role as Vika. Previously, she has appeared in over 30 films.

This glamorous actress has starred in an upcoming Russian dystopian film We (Russian: Мы) as I-330. The film will be released theatrically on September 8, 2022.

Born and raised in Moscow, Russia, Elena Podakaminskaya are a Russian theatre, television, and film actress. She is best known for roles in Dark Planet, Dark Planet: Rebellion, and The Kitchen.

The Russian actress has been active in the film industry since 2022.  Later on, her first film debut was in 2022 in the role of Ursula Bourne in a Russian five-episode detective television feature film, Failure Poiret.

Moreover, Since then, the actress has appeared in over 30 + films.

Besides, Podkaminskaya appeared on the cover of men’s magazine Maxim in June 2013. She won the show Dancing with the Stars with her partner Andrey Karpov on November 30, 2013.

In addition, Elena won the Audience Award as she participated in a weekly television show of the First Channel, Ice Age-5, with partner Peter Tchernyshev from September 6 to December 28, 2014.

Elena Podakaminskaya was born into a family of musicians on April 10, 1979. Her parents encouraged her in music, painting, dancing, and singing from early childhood.

Actress Elena is a 43-year-old stunningly gorgeous lady standing perfectly 1.7 m tall and weighing 62 kg. However, even though the actress is 43 years old, she doesn’t look like one. Her brown eyes, brownish blonde hair, and captivating smile make her look flawless.

As for her education, the 43-year-old graduated from WTU. BV Shchukin, course A Shirvindt in 2001. Talking about Elena’s socials, the blonde beauty is active on Instagram amassing huge fan followers of 1.2 million.

Elena Podakaminskaya has been married to Denis Guschin since 2017. Previously, she was married to Aleksandr Plyatsev. They tied the knot on July 17, 2009, and divorced on November 17, 2015.

As for her children, The 43-year-old actress is the mother of three. She had her first child, Polina Plyatseva, born December 1, 2010, with Aleksandr Plyatsev.

Elena brilliantly played her first debut role in the small part of Kay in Priestley’s detective drama Time and the Conway Family. She gained her first significant experience in the play.

In addition, the actress has been working at the Satire Theatre since 2001.

Elena Podkaminskaya is a Russian theatre, television, and film actress. She holds an estimated networth of over $1 million.

Furthermore, Actress Elena had gathered this hefty sum through her films and Tv series.

Some of her notable film credits are Away from the war, Twice in the same river, Night Sisters, Protection Against, The Kitchen in Paris, and more.