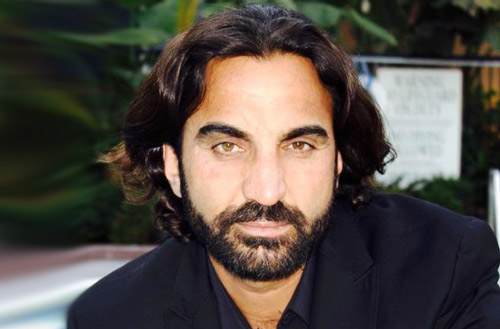 If you have ever watched the 2008 American film, Iron Man, then you have probably seen this guy who appeared as Omar in the movie. Fahim Fazli is an Afghan-born, however, went to establish his career as an American film actor. In fact, he has made his appearance in more than 50 films as he is active in the film industry since 2004.

Many of his fans and well-wishers are eagerly waiting to know about his relationship status. Very often they ask, whether the actor is married or not? If yes, then who is his wife? After appearing in many movies, the actor must have accumulated excellent earning. Then, how much is his net worth? Scroll down and find all the answers.

Fahim Fazli was born on 30th May 1966 in Kabul, Afghanistan and currently holds an American nationality. Coming from Afghanistan, he belongs to the mixed ethnicity. However, he has not disclosed much information about his family and parents.

After settling in the United States, Fazli decided to pursue his career in the American film industry. As a result, he landed first in the ground of the industry playing a role of Karzai Bodyguard in 2004 TV film, Homeland Security. Later, he voiced over for the 2005 film, Stealth.

After grabbing a small space in the industry, Fahim Fazli continued his way and played in 2006’s TV special, Bad Guy. Following he appeared in many films such as Iron Man, Eagle Eye, Red Sands, Hired Gun, Ripple Effect, Argo, The Vortex, American Sniper, Rock the Kasbah and so on.

In 2018, Fazli made his appearance alongside Chris Hemsworth, Michael Shannon, Michael Pena, and Trevante Rhodes in the 2018 movie, 12 Strong. Back in 2009, he had also returned to Afghanistan as an Interpreter with U.S. Marines where he stayed for a year.

Also, Fahim has authored a memoir titled Fahim Speaks, published in 2012. His book also took first place from the Military Writers Society of America. At present, Fazli is settled in the United States (Orange City, California) and working for his upcoming projects.

Born on 30th May 1966, Fahim Fazli is currently in his 53-years of age. He celebrates his birthday on every 30th of May. On May 30, 2019, Fazli shared a picture of him and his daughter celebrating his birthday when he entered the age of 53. He captioned the post saying:

“This is one of my best birthday celebration at the coffee shop Dana point California age of 53 with my beautiful daughter and my beautiful dog.”

This is one of my best birthday celebration at the coffee shop Dana point California age of 53 with my beautiful daughter and my beautiful dog.

As of 2019, Fahim Fazli is a married man. Also, he shares a daughter with his wife. As we all know, the actor prefers t keep his personal profile low, he has not shared any information about his partner and wedding.

“#18 years later with my beautiful daughter enjoy every second of your time with your children you never know.”

#18 years later with my beautiful daughter enjoy every second of your time with your children you never know.

The father and daughter share a strong bond with each other as they keep going for coffee and prefers visiting different places in California. So far, Fazli has not talked about his spouse in the media. Probably, his partner lives in Afghanistan. Whatsoever, the actor is busy spending quality time with his daughter.

#Happy Father’s Day to all of you

Not only this but Fazli also posts a lot of pictures with his father as well. On the recent father’s day, he shared a picture of his father and daughter and wished a happy father’s day to his dad. Additionally, Fazli loves his dog a lot and keep flaunting pictures with it via Instagram. Thus, he is busy with his family and work as he has never been in any rumors and controversies.

Also, read: How Old Is Zachary Mabry? Know About His Net Worth & Income

As we already know, Fahim Fazli has appeared in over 50 films and still going on in the same flow. Not only in movies but he has also done commercials and endorsed many brands as well. So, he must have accumulated an impressive amount from his successful career. At present, he has established a net worth of around $2.5 Million.

Observing his social media, the actor seems to earn a satisfiable salary as he has maintained his lifestyle at a high profile. Thus, he is living a lavish life with his family in the current time. Connect with him on Instagram.