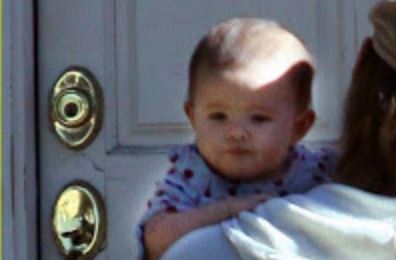 Hunter Lee Holloway is the youngest child of Josh Holloway and Yessica Kumala. Hunter gained fame as Josh’s only son, an actor, model, and producer. His father is best known for his roles as James Ford on the television show Lost. He also acted in movies such as Paranoia, Sabotage, Mission Impossible-Ghost Protocol, and Whisper, to name a few.

Hunter became a topic of gossip due to his parent’s beautiful and compassionate love life. So how is Hunter, and what is his current status?

Hunter Lee Holloway was born in February 2014 to celebrity father Josh Holloway and mother, Yessica Kumala. His father is an actor, and his mother is a native of Indonesia born to Chinese parents. His mother moved to the US with her parents.

Currently, the six-year-old hunter is the youngest in the family, with eldest sister Java Kumala Holloway born in 2009. He is presently in his childhood and enjoying the pampering from his parents, who love him more than anything. As per his dad, his son is the most beautiful kid in the world.

Hunter’s parents married in October 2004 in an intimate ceremony. The couple met in a bar in Los Angeles where his mother, Yesica, worked in a nightclub. It was Yessica who first approached Josh and asked for his phone number. Later Hunter’s dad opened up about their first meeting in his own words:

“She looked me up and down and said, ‘Give me your number before you leave,”

It seems like there was a strong connection between them from the beginning! Soon the duo started exchanging messages and fell in love with each other. The couple dated for five years, and Josh finally proposed to Yessica after completing the shoot of Lost in Hawaii. Ultimately in no time, they decided to tie the knot in 2004. As of now, their relationship is considered to be a successful one in the industry.

Additionally, their love got much stronger after they welcomed their first child, the daughter of Java Kumala, in 2009. Also, after five years, in 2014, they received the protagonist, Hunter. Moreover, Josh considers his wife the perfect mother to his children and never forgets to praise her during interviews. At one time, he said about his wife and kids, which was before the birth of Hunter:

“Yes, my wife’s a rock star,” he shared. “I’m a loser, just ask her. I’m kidding. It’s all good “I was not prepared for how much love I would have in me,” he said about the first time around. “So I’m a little worried, like how can I love something as much as I love my daughter? But everyone says your love just grows, so don’t be afraid of that, so that’s my only thing.”

Hunter is one lucky son to have a father who never stops caring and loving his family, even in the media. As of now, the family lives happily with no rumors of dispute or controversy.

Hunter is currently a small child and probably enjoying a proper childhood because of his father’s net worth of $22 million. His father earns $40,000 to $45,000 from a movie. He showcased acting skills in more than dozens of movies and television series. Out of many, Lost was one of the most successful ones where he appeared alongside Maggie Grace. Also, he appeared in Mission impossible, earning $694 million with a budget of $145 million, alongside Connor Cruise’s dad Tom Cruise, Simon Pegg, and Paula Patton.

Furthermore, Hunter’s dad sold a house worth $1,2 million in the Hawaii Kai area. The home made his father’s profit of $50,000 since Josh bought the house more than a decade ago for $774,000. Currently, the Holloway family lives on the Island of Oahu and can be seen traveling on Instagram Pictures.