Is Elise Jordan Married? Mike Hogan and her Married Life 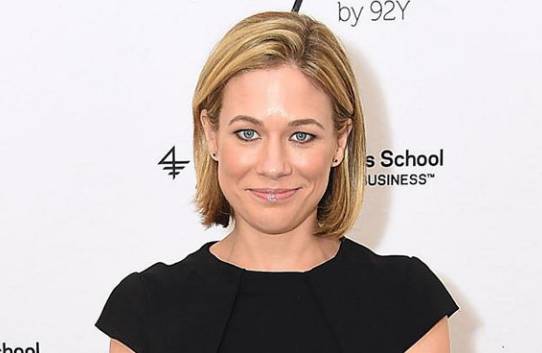 It’s not easy to be an excellent reporter, a top commentator, and a first-class spokesperson all at once. In spite of all the odds of life, the star that we are gushing about inspires many young females striving to remain sturdy and courageous all the time. The star is none other than Elise Jordan.

The beautiful soul like Jordan has gone through a lot of ups and downs in her life yet; she has continued to push forward herself with courage, dignity, and determination. We recommend you read the whole article if you are here to get all the juicy information of Elise Jordan.

Losing the love of life is never easy. Talking about Elise Jordan, she has also suffered the grief of losing her husband only after two years prior of marriage. Jordan fell in love with someone who had few common grounds with her but for different philosophy about certain things. In 2010 Michael Hastings and her research journalist Elise met in Kabul.

Hastings was a successful war correspondent and a sharp political reporter. He also got involved in controversy in writing an article of General Stanley McChrystal in the Rolling Stone. Despite the differences in thinking, they found a connection with each other. They eventually started to date in early 2010, and the couple engaged in mid of 2010.

Also Read: Who is Alyssa Edwards Husband? Know about their Married Life

By 2011, Jordan changed her profile’s bio into a married woman. The couple tied a knot in Holly Springs, Mississippi. Sometimes life can be very unfair, and everything can change within the blink of an eye.

Similarly, for Elise, her world crumbled into pieces when on June 18, 2013, she got the news of the major accident of her husband. The accident hit Elise in the deepest darkness. Her husband, Michael, died in the crash.

Jordan will keep Hastings close to her heart but moving forward is an integral part of life, and that’s what Elsie did it. Her life took a different turn, and for once, she let somebody back into her heart. Elise found love in Mike Hogan, who is the digital director for Vanity Fair. The couple tied a knot in 2017 in the presence of their very close friends and family. She and her new husband met during their work-related duties and instantly hit it off.

Although she suffered from tragic losses of her husband and her father, Elise pulled herself back from the darkness, and finally, she is living a very peaceful life with her husband, Hogan. It’s good to see Elise enjoying a healthy married life. To keep up with day to day life of Elise, check out her Instagram.