Love is complicated without the added complication of sexual identity. You love who you love right? Why do people level up with sexual orientation? You guys must be confused and might be wondering why we are talking about gender. Well, here is the tea, today we are going to talk about Alyssa Edwards who is a successful gay dance teacher.

If are a fan of Haus Of Edwards then you might be familiar with him already. Here are some juicy details we are sharing about the star with you and you want to know more about him and his love life read the whole article.

Who is Alyssa Edwards Boyfriend?

Justin Johnson is a drag performer as well as a dance teacher by profession and has acclaimed popularity as Alyssa Edwards. In addition to her skyrocketing professional career, in March 2014, she fell in love with a guy, Macro. She posted the picture of her partner and herself on her Facebook account for their one-year togetherness, quoting a year of love celebration.

Similarly, Alyssa took Twitter back in May 2014, in recognizing her boyfriend as the world’s best boyfriend. She also stated that she was glad to be on Macro with the same tweet which is already deleted as for now.

“I Have The Bestest Boyfriend in The World! After the rehearsal home cooked meal, wine and clean house. I am happy.”

The same year, in her YouTube videos Alyssa also opened her connection with Marco. In the video titled ‘Alyssa Edwards’ Secret – Alyssa’s Boyfriend Marco’ Alyssa calls him and her fans get a sneak peek into the relationship of the couple.

Did Alyssa Edwards’ and Marco Break up?

Well, this is a burning question of Alyssa’s fan. There are hundreds of speculations and rumors about Alyssa’s relationship with her dating life. It’s true that Alyssa was in a loving relationship with Marco but as for now, their relationship is not in the pick as it used to be. Alyssa is keeping the details about her dating life to herself. Many people suspect the couple already broke up but in the May 2019, she posted a picture of with a guy in Ariana Grande‘s Thank You next launch.

In the caption she said

What A Gr8 Way To End An AMAZING Launch Day….  ArianaGrande and My Bae  #ABHxAlyssaEdwards

Till date, nobody knows about the mysterious guy. Is he a Marco or some other guy that Alyssa is currently dating? Is Alyssa’s break up rumors true? All the speculations and controversies can be cleared only if Edward come forward and give the media needed answer. As for now, we can say her relationship is quite complicated.

For someone living a very low-key life, we cannot really say about her marriage plan. Alyssa might be planning to get married soon but till date, she is focused on her career. In this context, all of her well-wishers should have the patience to see her enjoying married life with her husband.

Wayne Carini Net Worth, Know about his Salary Per Episode of Chasing Classic Cars 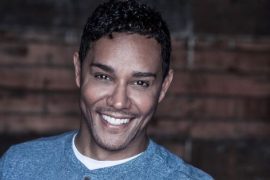