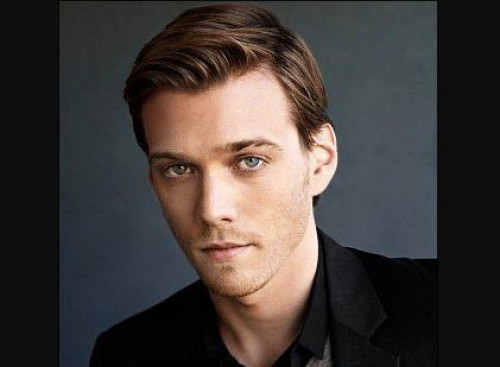 Jacob Allen Abel a.k.a Jake Abel is an American actor and singer who became a bit of heartthrob portraying the role Mark Jame in the film adaptation of I Am Number Four. From 2005 to 2006, he had recurring roles in the Tv series Threshold as Brian Janko.

Not just that, Abel has appeared in the episodes of Tv series, The Suite Life of Zach & Cody, CSI: Miami, Grey’s Anatomy and CSI: NY, ER. Currently, Jake is expecting a baby with his wife writer Allie Wood.

Jake Abel was born as Jacob Allen Abel on November 18, 1987, in Canton, Ohio, the United States of America. He is the son of Kim Abel and Mike Abel. He grew up with his brother Shaun Abel. Abel holds an American nationality and belongs to white ethnicity.

Since an early age, Abel had a keen interest in acting and singing. He was educated by his mother at home in a small town in Ohio.

Abel made his acting debut, playing Spencer in the Disney Channel Original Movie Go Figure.  Similarly, in 2009, Abel played Brian Nelson in Supernatural thriller drama film The Lovely Bones, alongside Rachel Weisz, Susan Sarandon, and Saoirse Ronan. Besides, he is also credited for films like The Host, Good Kill, Love and Mercy, Almost Friends and Shrimp.

Abel has appeared in a number of movies and television series so far.  He might have amassed a great fortune from his career sucess. Moreover, Jake has a net worth of $2 million as of 2019, which mostly comes from his acting career. Besides, his sucess in acting has helped him to gain massive fame in the industry. His annual salary is around $500 thousand per year.

On the other hand, the film and television series that Abel has worked on are doing generally well in the entertainment industry. One of his films, The Lovely Bones has made a box office collection of $93.6 million.

Going through his Social media, via Instagram, it seems like he spends most of his fortune on branded clothes and accessories. Currently, he is engaged with his upcoming project, i.e 2020 film Malignant. So, Abel’s net worth is expected to grow in the coming days.

The Supernatural actor, Jake Abel is married to Allie Wood, an American writer. The couple had a long term relationship before they tied the knot. Abel and Wood stayed engaged for ten months and finally they exchanged their wedding vows in New Orleans.  Jake proposed  Allie in 2012’s New Year’s Eve in the middle of Times Square. And he said,

She turned around, and I was on my knee. It was amazing, man. Out of a million people, it was just the two of us.

Probably, their close friends and family might have attended the wedding. Since Abel knew each other since they were teens, so for them, marriage was merely a formal declaration. The couple constantly posted pictures of each other on Insta after the ceromany took place.

Allie made her blonde hair slightly wavy and wore a long scarf in her locks. She amazed everyone in a strapless white gown with beaded detail and a flowering skirt. Meanwhile, The host star, Jake looked dapper with his fair hair slicked back in a dark suit.

Both, Jake and Allie are perfectly happy with their relationship, but it seems they’re not prepared yet when it comes to being parents. The couple does not have any children yet.

But, wait, On October 6, 2019, Abel has shared a picture of him and Allie where she has a big baby bump. So, basically, the couple is expecting a new baby this year. The two look very happy and it seems like they are eagerly waiting to welcome their baby.