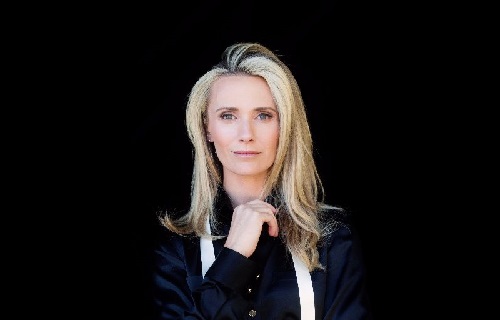 Jennifer Siebel Newsom is an American documentary filmmaker as well as an actress. She is known for her work in the film Miss Representation, which premiered in the documentary competition at the 2011 Sundance Film Festival. The film also won the Audience Award at the Palo Alto International Film Festival. She also wrote, produced and directed a film The Mask You Live In.

Like her professional life, Jennifer has equally maintained her personal life. She is a married woman and mother of four children. If so who is her husband? To know the answers as well as her bio, wiki, net worth, and age read the article below.

Her mother Judy Siebel is a co-founder of the Bay Area Discovery Museum in Sausalito whereas her father Kenneth F. Siebel is an investment manager (second cousin to software entrepreneur Thomas Siebel).

The actress Newsom is American by her nationality and belongs to white ethnicity. She is the oldest among four sisters. Newsom attended Ross GrammarSchool and The Branson School. Siebel obtained a Bachelor’s degree in 1996 and Master of Business Administration in 2001.

At Standford, Newsom was recruited to play on the women’s soccer team. While pursuing her MBA, she studied at the American Conservatory Theater, where she completed a certificate program. After completing her education, Jennifer moved to Africa, Latin America, and Europe.

Is Jennifer Siebel Newsom Married? Who Is Her Husband?

Yes, Jennifer Siebel is a married woman. She got married to Gavin Newsom. Her husband is a San Francisco Mayor and current Governor of California. The couple met on a blind date set up by a mutual friend at the Yerba Buena Center for the Arts in October 2006.

For our first stop in El Salvador, we paid our respects to Saint Romero and visited his tomb at San Salvador Cathedral. It was emotional, it was moving, and it was a reminder of why we came here – to acknowledge our common humanity, and our common desire for peace and a better future for our children.

A post shared by Jennifer Siebel Newsom (@jennifersiebelnewsom) on Apr 7, 2019 at 5:52pm PDT

After dating for two years, Jennifer and her partner announced their engagement in January 2008.  The same year on 26th July 2008, Jennifer and Gavin got married. Their wedding ceremony took place at Siebel’s parents’ ranch in Stevensville, Montana.

Moreover, through their blissful married life, Jennifer and her husband Gavin have four children, two sons, and two daughters. The couple first welcomed their child, a daughter Montana Tessa Siebel Newsom in September 2009.

Later after two years of the birth of their first child, Newsom gave birth to their second child, a son Hunter Siebel Newsom, on 12th June 2011. Similarly, on 3rd July 2013, the duo became the parents of their third child, a daughter Brooklynn. Likewise, on 26th February 2016, Newsoms announced the birth of their fourth kid, Dutch.

“We must keep our faith in the Republic. The day we stop believing democracy can work is the day we lose it.” – Queen Jamillia #trickortreat #happyhalloween

Moreover, during their 10th marriage anniversary in July 2018, the  49th Lieutenant Governor of California, Gavin Newsom shared the post with his better half and expressed his rejoice for sailing a longtime marital life with her.

Happy New Years from our family to yours! May the new year bring in more love, joy, and care- and a renewed commitment to each other and our sense of community. Excited to support this great state and the people that live here. Grateful always. Here’s to 2019! ✨

Currently, the couple is living a happy married life and resides in their mid-century home in Kentfield, California with freedom from the mishaps of divorce.

It was the first marriage of Jennifer but her husband was previously married. He got married to Kimberly Guilfoyle in 2001. The couple separated in 2005 after being together for four years. The former duo got divorced due to their careers on contradictory coasts.

From her successful career as an actress, Newsom has earned an astonishing sum of money. Her net worth is estimated to be $2 Million as of 2019, Jennifer’s net worth is aided by her acting career as she has played in the several movies and TV shows. Further, she is also director, writer and produced the film from which she collected some portion of her net worth.

Moreover, Jennifer and her husband Lieutenant Governor of California made the joint revenue of $1.29 million from their business venture. The earning from their ownership stake in Airelle Wines that runs Napa wineries reported $787,751.

In addition, with the huge amount of net worth, there is no doubt that Jennifer and Gave lives a lavish lifestyle. The couple owns a midcentury house which has a current market price of $5,995,000.

In 20002, Jennifer went to Hollywood, where she concentrated on pursuing her acting career. She played several roles in TV films and Theater. She appeared on several TV shows such as Life, Mad Men, Strong Medicine, and Numb3rs.

Moreover, Newsom is the director, writer, and producer of the film Miss Representation, which premiered in the documentary competition at the 2011 Sundance Film Festival. The film portrays the struggles that women go through every day.

So proud of @gavinnewsom’s first #SOTS and his bold and courageous leadership of this great state. It was an honor to be there with my mentor and friend @mariashriver who is so committed to tackling Alzheimer’s and aging, along with Linda Darling Hammond and Allyn Pierce. Linda’s visionary work on education equity will help ensure our promise of a brighter future for every child in CA. Allyn’s courage and selflessness inspire each of us to ask what more we can do for each other. Together, they represent the best of California. #CaliforniaForAll

Jennifer Siebel Newsom’s age is 44 as of 2019. Despite being in her late 40s, Newsom has a very sexy figure with average weight. The beautiful filmmaker stands at the height of 5 feet 7 inches. In addition, there are no other details about her body measurements and weight on the internet.

In California, we are prepared to match hate with love. A zero-sum game with equality. And, finger-pointing with open hearts and open arms. And together, we will create a more equitable future for ALL of our children. Thank you for having me Los Angeles- now let’s keep marching toward the future we know we deserve! #womensmarchLA

Further, Newsom has brown eyes and light brown hair. The secret behind Jennifer’s perfect body might be the daily exercise she performs and regular balanced diet.