Jessica Knappett aka Jessica Amy Knappett is a British actress and comedy writer. Knappett is popular for portraying the role of Meg in the TV series Drifters whose writer is herself. Also, she is famous for playing Lisa in The Inbetweeners Movie.

In this article, we discuss the details of Jessica’s early life, career, relationships, affairs, net worth, and her overall achievements. Let us take a deep dive down her life.

Jessica Amy Knappett was born on November 28, 1984, in Bingley, West Yorkshire. Jessica’s mother was a physiotherapist and both of her parents worked in a hospital. Knappett went to Woodhouse Grove School in Bradford for her high school. Then, she attended the University of Manchester to study Drama and English.

lived my truth and became my best self filming in the spiritual island of Ibiza earlier this Summer. More details soon #namaste

Moreover, Jessica is a founder member of Lady Garden, a sketch group formed while she studied in college in 2005. This group first performed at Edinburgh Festival Fringe in 2008. After that, they toured throughout England and performed at different comedy festivals in Sheffield, Manchester, Brighton.

After Jessica Knappett graduated from the Uni of Manchester, she got different casual promotional jobs. One of those jobs was her dressing as a mobile phone or a giant fruit to hand out fliers. After that, Knappett founded the group Lady Garden and started touring all over England and performed at festivals.

Furthermore, Jessica is also the writer and creator of the comedy series Drifters and she played the role of Meg in episode four of her own series. After this, Knappett was nominated for the RTS Award for Best Comedy Writer.

Additionally, Knappett acted as Lisa in The Inbetweeners Movie and also appeared in the movies Alpha Papa by Steve Coogan and Irreversible alongside David Schwimmer. She also appeared in Comedy Central’s Drunk History, Sky-One’s Mid-Morning, and BBC’s Twenty Twelve.

Also, Jessica starred in Meet the Parents for Objective Productions, How Not To Live Your Life and Lunch Monkeys for BBC3. Similarly, she appeared as Carly alongside Johnny Vegas in the BBC Radio 4 comedy series Shedtown. Other than that, Jessica makes regular appearances on panel shows like 8 Out of 10 Cats.

In addition to that, Knappett contributed to shows like ShortList, The Guardian, The Independent, Glamour, and NME. Moreover, Jessica appeared as a contestant on series 7 of comedy-game show Taskmaster alongside James Acaster, Kerry Godliman, and Phil Wang.

The stunning actress Jessica Knappett is happily married to American musician and writer Dan Crane. Knappett and her spouse Dan tied the knot in September 2016. The couple’s first and only child, a daughter till now was born in the summer of 2017. However, they haven’t disclosed the name of their kid.

#EUROVISION yes we are both wearing my clothes

The story of Jessica first meeting her husband is quite interesting. When her producer was away for a while, Jessica stayed at his apartment. Later, Jessica got an email saying that an American from LA was traveling to London for business and was going to stay in Jessica’s producer’s flat as well.

Then, Jessica googled ‘Dan’ and found that he had curly dark hair, dimples, great arms and was hot. She replied to the email saying “He can stay”. Moreover, Knappett also found out that Dan was a world champion competitive air guitarist. After Dan arrived, they talked about their previous relationships, their goals, their ambitions and things of that nature.

The couple got into a relationship and stayed long-distance for a year. Eighteen months later, they were engaged and eventually married. Now, they live with their child happily.

The Drifters’ actress Jessica Knappett has an estimated net worth of $20 million. Jessica appeared in several movies and TV shows which helped to increase her net worth. Jessica is an actress as well as a comedy writer so her multiple professions helped in amassing her worth.

In 2011, Jessica played the role of a girlfriend in The Inbetweeners and received 500,000 euros for her role. Likewise, her other movie Drifters grossed 20 million euros worldwide. More than that, British Actresses earn 102 euro per day during their shoot. However, British writers earn a low amount of 11,000 euros so most writers also have side jobs.

Overall, Jessica has successfully built a strong and handsome net worth for herself. She lives a luxurious life with her husband and children. 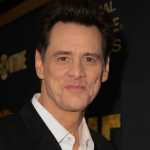 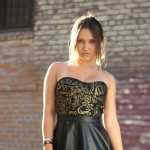