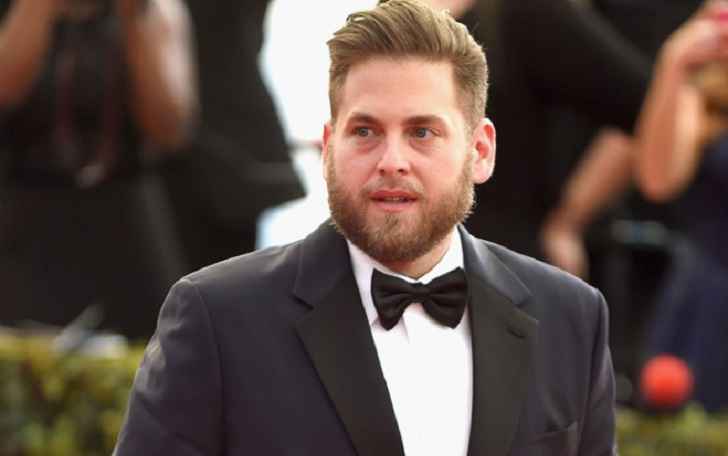 Jonah Hill is an American actor, director, producer, screenwriter, and comedian who is known for his appearance in Superbad, before earning award nominations for roles in Moneyball and The Wolf of Wall Street. Moreover, his comedic roles in movies including, Accepted, Grandma’s Boy (2006), Superbad, Knocked Up (2007), Forgetting Sarah Marshall and many others.

Hill earns an impressive salary and has maintained an impressive net worth from his profession. Besides, he was linked with many celebrities including Jordan Klein, Isabelle McNally, Camille, and Dustin Hoffman‘s daughter, Ali. To know more in details about Hill’s career as well as her personal life, net worth, and height, read the biography of Jonah Hill.

Who is Jonah Hill Feldstein? His Bio & Wiki

Jonah Hill is one of the famous stars with a multi-talented personality in the entertainment industry. Moreover, as a screenwriter, he contributed to the stories of 21 Jump Street, 22 Jump Street, Why Him? and Sausage Party. He also voiced the Green Lantern in 2014’s The Lego Movie.

Hill was born as Jonah Hill Feldstein on 20th December 1983, in Los Angeles, California, the U.S. Moreover, Hill’s nationality is American and his ethnicity is North American. He was raised by his parents, Sharon Lyn, a costume designer and fashion stylist, and Richard Feldstein, a tour accountant for Guns N’ Roses.

Also, he has a younger sister, Beanie Feldstein and an elder brother, Jordan Feldstein (1977–2017), was a music manager of Robin Thicke and Maroon 5 who died due to a DVT/pulmonary embolism.

Concerning about Hill’s education, he attended the Center for Early Education, Brentwood School, and then Crossroads School, in Santa Monica. After graduating from high school in 2002, he went to Bard College, The New School and the University of Colorado Boulder for higher studies.

Inside of Jonah Hill’s Career

Jonah made his debut in 2004 with a Hollywood movie named ‘I Heart Huckabees’. He had become close friends of Dustin Hoffman’s children—Rebecca and Jake— during his college days. It was this connection that helped Hill to get this role. The turning point of his career came in 2007 when he got a role in comedy hit ‘Superbad’. The role got him two nominations for MTV Movie Awards and one for a Teen Choice Award.

In 2011, Jonah Hill appeared in the movie, Moneyball along with Brad Pitt and his performance in the movie earned him rave reviews and an Academy Award nomination for Best Supporting Actor. Later in 2011, he wrote and performed in the short-lived animated series, Allen Gregory. Hill contributed in the script of 21 Jump Street starred and produced the film in 2012 and earned him a huge appreciation. In the same year, he performed in Django Unchained as well.

Furthermore, Hill appeared in 2 movies of different genre in 2013. On the other hand, his portrayal as Leonardo’s sidekick in the movie, The Wolf of Wall Street got him another Oscar nomination. These 2 roles proved his versatility as an actor.

Moreover, he again starred in 2014 movie, 22 Jump Street followed by playing as Michael Finkel, the journalist in the New York Times in True Story in 2015. Further, he appeared in a hit movie, War Dogs, which earned him a nomination for the title of Best Actor at Golden Globe Awards.

In 2016, Hill played a sausage in the animated comedy movie, Sausage Party and lent his voice to hit animated movies credits, The Lego Movie and How to Train Your Dragon 2. In 2018, he starred as Owen Milgrim in the Netflix dark comedy miniseries, Maniac. Later in October 2018 issue of Vanity Fair, Hill was named in the magazine’s best-dressed list.

How much is Jonah Hill’s Salary & Net Worth?

As of 2019, Jonah Hill has an estimated net worth of $45 Million according to various tabloids but a few claim that Hill’s net worth is $18 Million.

The house was taken off the market only to return 6 months later for $3.5 Million. The house price soon dropped to $3.25 million and then again to $3 Million before it was put into a contract to be sold to an unknown buyer at an unknown price.

Jonah Hill appeared at the ESPN ESPY Awards, after losing a significant amount of weight in July 2011. Moreover, he did this by consulting a trainer and a nutritionist and changing his diet to mainly eating sushi in order to obtain serious roles.

Who is Jonah Hill’s Wife? His Marriage & Kids

Coming up to Jonah Hill’s personal life, Hill was in a serious relationship with Jordan Klein since 2008. Moreover, they spent a good time together and enjoyed their company. However, their relationship didn’t last for long and they split up in 2011 because of some disagreements.

After the breakup, Hill started dating Dustin Hoffman’s daughter Ali in 2012. However, the couple separated later due to irreconcilable differences between them. Moreover, he also dated Isabelle McNally in 2013. Unfortunately, they too broke up later in 2014. Currently, he is dating Camille since 2015. Further, there are no queries between their relationship and they are happy to be in a relationship as presented. 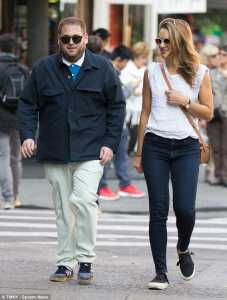 So far, Johna Hill hasn’t faced any controversies and rumors regarding his personal life and career. Hence, Hill is living a happy life with his girlfriend and is busy working while focusing on his career. Hopefully, he doesn’t have to go through heartbreak this time and their love stays fresh forever.