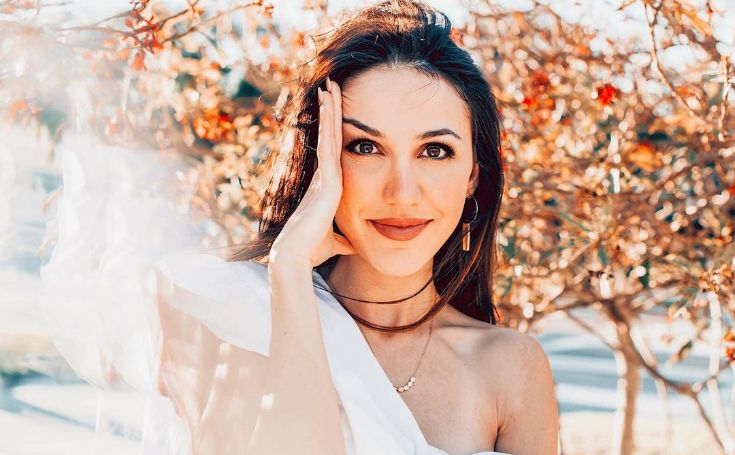 Kat Stickler is a proficient Tik Tok star, model, actress, and social media star from the United States of America who has a huge fan following base over social media sites.

Further, Kat has her self-titled youtube channel, on which she posts entertaining content and has also collaborated with other famous internet stars.

Also, the star is renowned for her TikTok videos, where she does impressive lisping and mostly posts solo dancing videos, plus has over 8.3 million.

Moreover, her ex-spouse’s name is Michael Stickler; late in the year, she shocked her fans after separating from him. Let’s dig into this article and gather more data relating to her personal as well as professional life in the article below:

Who Is Kat Stickler? Her Bio and Wiki

A multitalented American star, Kat first stepped into this earth on 31 October 1994, in Miami, Florida, America, holding a Scorpio star sign, and her nationality is American.

Likewise, she was born and raised in Florida alongside her younger brother, Christopher Caveda, by her parents and has posted her first-ever Instagram post with her brother.

However, the lady has not disclosed any information regarding her parents to the media.

Additionally, she completed her schooling and graduated with a degree. But, the girl has not entirely revealed her academic qualification yet.

As already mentioned above, Stickler is a talented American media personality who is now famed as a successful social influencer.

In her early days, Kat posted funny videos on her TikTok handle, mainly focusing on trending content to get maximum views.

In such a short period, she gained many fans’ followers on her official TikTok account.

Besides this, the gorgeous lady also does modeling and acting. Also, she has a YouTube channel amassing over 31K subscribers to date.

Relationship With Her Ex-Partner, Michael Stickler

Daughter??? Are you shocked!

Yes! The exquisite TikTok Star is a proud mother of one adorable daughter. Do you want to know who the father of her daughter is? Then, continue reading the article until the end.

Well! An American Social media star was married to Michael Stickler, but currently, the idealistic ex-couple lives separately. Even they used to post videos together when they were in marital relations.

The ex-duo welcomed a baby from their satisfying married life, a beautiful daughter named Mary Katherine, whose nickname is MK.

The kid is with her mom after her parent’s separation, and Kat often posts TikTok videos carrying her daughter.

Being one of the popular social influencers, Stickler has accumulated a handsome amount of money through her social media.

Moreover, she also adds a fruitful sum of money to her bank account via her modeling and acting.

With all the hard work and struggles the star has put into her career, Kat has accounted for a decent fortune.

By the source of 2022, she has an estimated net worth of $1 million, similar to another TikTok Star, Puma Sabti Curry.

Even though Stickler is living a modest and happy life with her lovely daughter and parents in her hometown.