If you have ever watched the 2012 famous music video, If You Love Me, then you must be familiar with the R&B singer, Kayla Smith aka Kayla Brianna Smith. Also, she has worked alongside rapper Meek Mill on the song titled I Got That.

Similarly, Kayla is the daughter of her famous father, Kenny Smith, two time NBA champion. She shares a very strong relationship with her family. She has three siblings. The 26-years old singer earns a pretty good sum of money and has maintained her net worth in thousands. So, how much is her capital?

Scroll down and find all the details about Kayla’s personal and professional life. Stay tuned with us.

Kayla Smith aka Kayla Brianna Smith was born on 13th May 1993 in the United States. She was born to her American parents and grew up with four siblings. Thus, she holds an American nationality and belongs to the Afro-American ethnic background.

Her father, Kenny “the Jet” Smith is an American former basketball player (6 feet and 3 inches), currently serves as a sports commentator in the National Basketball Association (NBA). He won NBA championships with Houston for two times. Whereas, her mother is Dawn Reavis.

Since her tender age, Kayla was so much interested in singing and music field. Later, she decided to pursue her career in the field of music. However, she has not revealed any information about her educational background.

As we prior mentioned, Kayla grew up along with her four siblings. She has a brother named K.J. who is a walk-on basketball player at the University of North Carolina. After her father’s divorce with her mom, Kenny married Gwendolyn Osborne, an English model.

Ain't no love like sister love ❤️ 😩 slide for the cutest smize I've ever seen. She's a naturallll

Kayla has two step-siblings from her father’s second marriage. Her step-brother, Molly was born in 2008, whereas, step-sister, London was born in 2012. Also, Kayla has a step-sister Monique Osborne who was born from the previous marriage of her step-mom, Gwendolyn Osborne.

Kayla Smith is a famous R&B singer, best known for her works in the 2012 music video If You Love Me. She also toured with famous artists such as Lil Twist, Jacob Latimore, and Mindless Behaviour. Also, her music was heard by the famous Ron Fair, an A&R executive.

THATS A WRAP 📽 on my first horror film!!! Blood, sweat, tears & had the flu 😩 but I’m so thankful to have met this amazing cast. #paymentreceived

Furthermore, Kayla has featured in many other music videos such as Meek Mill’s I Got That, and YFN Lucci‘s Work For It. At present, she is working on more projects as she is still on the path of her career.

The famous R&B singer, Kayla Smith has surely made an impressive earning out of her appearances in several music videos and programs. At present, she has a net worth of around $1 Million.

I just press a button & the top go missin

As per the Rich Athletes, her father, Kenny has maintained a capital of $16 Million over the past years as an NBA player. Whereas, her step-mother, Gwendolyn Osborne has a net worth of $3 Million, as per the Celebrity Net Worth.

Hence, there is no doubt that Kayla is living a lavish life with her family and siblings. 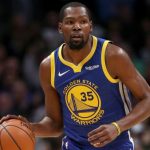 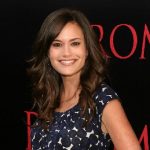