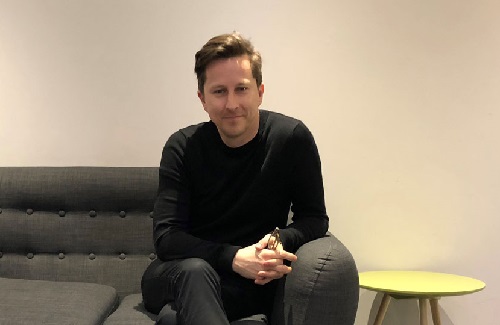 Lee Ingleby is a British film, television and stage actor known for his role in the British television crime drama series Inspector George Gently and in the 2004 fantasy film Harry Potter and the Prisoner of Azkaban as Stan Shunpike. Likewise, he also played in the BBC drama, The A Word as Paul Hugh.

Ingleby accumulates an astonishing amount of money from his successful career. He has a net worth of around $2 million as of 2019.

Lee Ingleby was born as Lee David Ingleby on 28th January 1976 in Burnley, Lancashire, England. He is British by nationality and belongs to white ethnic background. He is the son of Gordon Ingleby (father) and Susan M. Hoggarth (mother).

Is Lee Ingleby Married? Who Is His Wife?

Lee Ingleby is secretive about his love life. So far, there is no short information available regarding his personal. Ingleby always remains tight-lipped when it comes to his personal life. However, in April 2017, Lee hinted that he had a girlfriend in an interview with Dailymail.

There Ingleby was asked about the most romantic thing he had ever experienced. He said;

“Adopting a rescue cat, Harry, as a present for my girlfriend about eight months ago. Now I think she loves him more than me.”

Furthermore, on 5th October 2016, Ingleby shared a picture of a cat on his Instagram, which he gifted to his girlfriend.

Other than this, there are no further details about his lover. Moreover, he hasn’t talked anything about his girlfriend to the public. Probably Ingleby is enjoying his love life.

Lee Ingleby has an impressive net worth of $2 Million as of 2019. Ingleby has been active in the industry since 1997. He has portrayed several guests, supporting and leading roles in several movies and TV series. Furthermore, the films in which Ingleby worked are pretty good earnings.

Some of his movies’ box office collections with their budget are listed below;

Ingleby is still active in the industry and has several upcoming projects which will assist him in adding more money in the future. As of now, Ingleby is probably living a lavish life, relishing the big money he amassed from his thriving career.

Lee Ingleby made his debut through the 2000 BBC miniseries Nature Boy starring alongside Paul McGann. He next starred in the British television sitcom Spaced as Romford Thug Leader.

The same year, Lee appeared in the television film The Life and Adventures of Nicholas Nickleby as Smike. He shared the screen with Sophia Myles, George Innes, Abigail McKern, and others.

Moreover, Ingleby made one-off appearances in television programs such as Hustle, Clocking Off, No Angels, The Bill, and many others. Similarly, he also appeared in Jimmy McGovern‘s BBC TV series The Street as Sean O’Neill.

In addition, his other film credits are Best Laid Plans, Doghouse, The Last Legion, The Wind in the Willows and many others. Currently, Lee stars in the BBC drama television series The A Word as Paul Hughes. There he appears alongside Greg McHugh, Morven Christie, and so on.