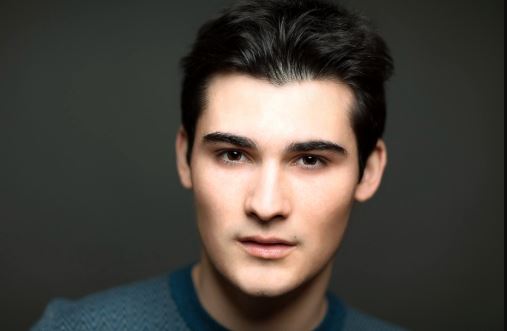 There are very few famous stars who find their careers at an early age. Lorenzo Doryon is one of them who signed his first modeling contract at the age of 10. Apart from modeling, Lorenzo successfully established his career as an Italian-American singer, songwriter and recording artist.

As a matter of fact, Lorenzo has also appeared in The Who’s Tommy at the Ricardo Montalban Theatre alongside Alice Ripley. The handsome hunk has collected over 610K followers on his Instagram profile. Many of his followers are wondering about his partner or is he dating anyone at present?

Let’s find out in detail about his personal and professional life. Stay tuned.

Born in Perugia, Italy, Lorenzo Doryon raised under his Italian parents. He shortly found his interest in modeling and singing at an early age. His curiosity in music also led him to progress in his career.

In fact, at the age of 10, Lorenzo first signed a contract with a modeling agency. During an interview, he also admitted his morals and values that he was raised with enabled him to put new tastes in his music. He attended Chapman University and graduated from the Argyros School of Business and Economics.

Lorenzo Doryon was so much passionate about his music and modeling career since his childhood. He gathered a huge public and media recognition after becoming the face of Target, an advertising campaign. Since then he started receiving international brands such as Chrysler, Dunkin Donuts, Toshiba, Adidas, H&M, Nestle, Nike, Macy’s, Lands’ End, and Talbots.

Without wasting his time, Doryon went to travel all around the globe in order to fulfill his modeling works. Apart from this, he also served the industry as a recording artist and has done hundreds of vocal projects, commercial songs, children’s books, etc. More than this, he voiced over in numerous shows for The Walt Disney Company. Besides, he is famous for appearing in the LA revival of The Who’s Tommy at the Ricardo Montalbán Theatre alongside Alice Ripley.

The 25 years old multi-talented, Lorenzo Doryon prefers to spend a low-key life. He remains tight-lipped when there comes a question about his relationship status. So far, he has not hinted about his girlfriend or partner.

The Instagram sensation, Lorenzo has over 610k followers on his profile, however, he mostly shares his single pictures on his profile. Going through his Instagram, he usually goes for outside breakfast or lunch. During an interview with Music All Access, he opened up about his updates on Instagram are just for his fans and followers.

Also, Lorenzo admits the busy work schedule that hardly provides him time to think about other things in life. Overall, he is focusing on his career building and could be in search of a girl who would be perfect for him. For now, he is free of rumors and controversies.

The American-Italian, Lorenzo Doryon currently resides in Los Angeles, the United States. From his multi-works in several fields has surely enabled him to earn a hefty amount of money. As per various tabloids, his net worth is reported to be approximately $300 Thousand in 2019. As he is still active in his work, he will surely increase his capital with more upcoming projects in the near future. Currently, he is spending a rich life with his family.