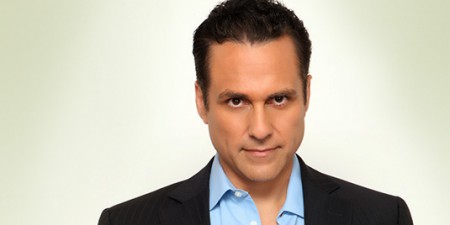 Two times Emmy Award-winning actor, Maurice Benard rose to fame for his role as Sonny Corinthos on the ABC’s medical drama, General Hospital. One of his first roles, Nico Kelly, earned a Soap Opera Award for Outstanding Performance. Recently, he starred in the crime drama movie, Victoria Gotti: My Father’s Daughter as John Gotti in 2019.

Benard is a married man as of 2019. He is having the best moments of his life with his beautiful wife. So, does he share any children with his spouse? Let’s take a glimpse of Benard’s personal life.

Maurice Benard was born as Mauricio Jose Morales on 1st March 1963, in San Francisco, California, United States. Moreover, he holds an American nationality and belongs to Salvadorian and Nicaraguan ethnicity. His father, Humberto, raised him who was a bakery super independent and his mother, Martha Morales, a banker. He has a sibling brother, Marvin Benard, a professional baseball player.

From a very young age, Benard had a keen interest in modeling and participated in model hunts. Later, he found his true passion in the arts of acting. He also performed in numerous theatrical productions in the Bay area.

Inside of Maurice Benard’s Career

Maurice Benard started his career from the American television soap opera, All My Children where he played the role of Nico Kelly in 1987. He co-starred with Finola Hughes and Robert Scott Wilson on the show. Later, he appeared as Curro in an episode of DEA. He also starred in many other TV shows including Port Charles, Dark Justice, and many others.

MY 2 DADS —Because of these 2 the GH Alzheimer’s Storyline wasn’t acting it was living!!! ThankU Frank Valentini and the Writers?#mentalhealthawareness #alzheimers #family

Benard made his appearance in the American made-for-television thriller drama, Her Wicked Ways where he acted Steve under the direction of Richard Michales in 1991. Furthermore, he starred as Diego in the 1991 film, Ruby. He also got featured in Allison Anders‘ drama movie, Mi Vida Loca in 1993. His other movie credits are To Face Her Past, Joy, etc.

How much is Maurice Benard’s Net Worth?

Maurice’s movie, Joy collected $56.4 million domestically and $44.7 Million in other territories, for a worldwide total of $101.1 Million with a production budget of $60 Million. So, he might receive some hefty paycheques from the success of the movie.

Maurice Benard is married, Paula Smith on 11th August 1990, in Temecula, California. Many of their friends and relatives attended their wedding ceremony. Together, they welcomed three adorable children, Cailey Sophia (born on 18th September 1994), Cassidy Rose (born on 8th April 1999), and Joshua James (born on 5th December 2004). He also adopted a beautiful child, Heather after his wife’s sister died in 2008.

The couple had their love at first sight in a restaurant in 1989. Furthermore, they started dating each other. Shortly they became engaged in front of their family. Since then, their love story began.

Benard isn’t involved in any extra-marital relationship with any other woman until now. Currently, he resides in Temecula, California, with his family and friends.