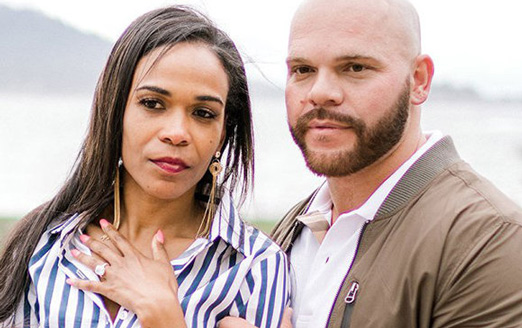 The engagement marks the apex of a relationship’s love and happiness. It’s all downhill from here. This quote exactly matches the love life of famous American actress and singer, Michelle William who is mostly known as a former Destiny’s Child bandmate.

The proficient singer, Michelle Williams has been engaged with her longtime boyfriend in a secret way. She has recently shared the moment through social media. Today here we are going to disclose all the personal details of Michelle William and her boyfriend Chad Johnson.

The former American singer, Michelle has now accepted the proposal of her longtime boyfriend Chad Johnson for the marriage. Even though the duo was not engaged with each other in March, Michelle shared the news of it on 20 April 2018.

Michelle has posted a picture with Chad on her Instagram account where she showed a diamond ring. The ring looks to be more than five carats. She captioned the picture saying the love of her life has proposed her and she said yes.

On March 21, 2018, the love of my life @chadjohnson77 proposed and I said “Yesssssssss…..I will, I will, I will!!!” More of our love story is in the link in my bio from @people!!! Take a walk with us on our journey!! ?: @lizettetrentphotography Styled by: @ericowes Hair and Makeup: @kymmyizabeauty

Later both of them shared the news with media and public as well. They also shared their moment with People’s Magazine. As soon as they were engaged Chad was so excited for the marriage and he even said that they should now soon pick a wedding date.

Let us start with the news about how the couple met each other. They first met in 2017 when Michelle went out for a spiritual retreat in Arizona due to stress. The same place where the actress went for the treatment was run by her present boyfriend, Chad Johnson.

As soon as they saw each other they found one another charming. But at the time they keep it secret with each other. Later after the treatment was over, the couple be in touch but was still not in a relationship. Chad shared the news with one of his close friends and it was Chad’s friend who encouraged him to build a great love life with Williams.

Then it all started with chats and text messages. Later they fell for each other and was in a relationship. Once when the couple was on a date in Dominican Republic Chad revealed all the feelings he had for Michelle since the time he saw her.

Well, this was all the story about Michelle Williams and Chad Johnson after they met. Now the couple seems to be happy with each other. Hope, the couple will get married soon and will live a blissful married life in their upcoming future.

Had a blast seeing and meeting some amazing people from the NFL celebrating @kurtwarner13's induction into the Hall of Fame. Thank you @chadjohnson77 for bringing me into your world. He's been making fun of me because of all of my inaccurate football references. #HAILMARY ? Photography: @henryphotographs