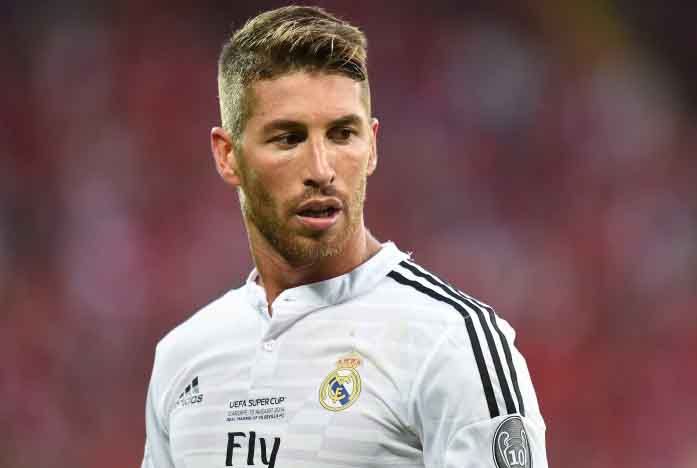 How about being totally surprised? You know Sergio Ramos as a footballer. But here are the deeper facts ready to make a fresh update about him. Before entering into the topic, here is the time to have a rewind about his profile. Sergio Ramos García is a celebrated Spanish professional footballer. He captains the famous club Real Madrid and also captains Spanish national team in international matches.

Here are the ten mind freshening facts that you would surely like to read about Sergio Ramos:

-A very cool fact about him that he played in three World Cups winning the one of 2010 from the side of his country Spain. For three European Championships, he either scored a goal or was the major aid and won in 2008 and 2012.

2.Bought by Real Madrid for a record fee

-A very chilling fact about him is that he was taken up by Real Madrid for €27 million in the summer of 2005 making a record for a Spanish teenager.

3.Known for Most red card holder for Real Madrid

-A very strange fact that he accumulated 9 out of his 21 red cards while playing from his club making him most red card collector player for Real Madrid.

-Another superb fact is during 2006 – 07 Season, Ramos managed to score 5 goals. This lifted Real Madrid to conquer the 30th Spanish League Championship. He proved himself as the diamond of the club. He raised the position and fame of the club.

-A very amazing fact about him is that he was named in FIFA as well as UEFA’s 2008 Team of the Year. He also survived to become 21st in the European Player of the Year nomination for 2008.

-A very entertaining fact about him is that while in a victory parade, he missed hold of the cup. Dramatically, the cup dropped under the wheels of the vehicle and got bent.

-An amazing fact about him is that he had his 100th cap on 22 March 2013. He noted it to be a very proud moment of his life. Exceeding German’s Lukas Podolski he turned the youngest European player ever to touch this landmark.

-A very cool fact about him is that he was confirmed to have a clocked sprinting speed of 30.6 km/hr according to FIFA’s official records. He has a good technical skill, great pace, as well as good distribution and crossing ability. This plus profit made his achievement unmatched.

-In course of mentioning his amazing and fresh facts, here enters the fact of his love life. He started dating a journalist and presenter Pilar Rubio. The duo is expecting their first child.