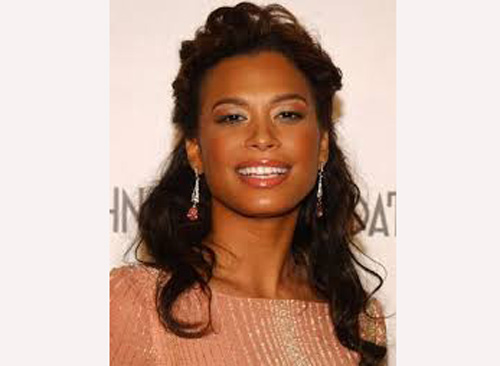 If you’ve heard of the NBC series, She Spies, you must recognize the role of Shane Phillips played by Natashia Williams. Williams is an American actress, singer as well as a Wonderbra campaign model. Natashia has also co-starred in So Little Time next to Mary-Kate and Ashley Olsen.

Scroll down to know more about Natashia Williams which include her early life, career, childhood, relationships, affairs, net worth, and her overall achievements. Let us take a deep dive down her life.

The Wonderbra campaign model, Natashia Williams was born on August 2, 1978, in Pontiac, Illinois. Natashia was born to a Catholic family and is the only child of her American parents. Williams showed a keen interest in acting at a young age. Her parents supported her through her interest and that resulted in Natashia being one of the successful actresses in today’s age.

In addition to that, Williams attended high school in Illinois and moved to Los Angeles to study and pursue acting. Natashia attended the University of California Los Angeles (UCLA). She first appeared on film and television at the age of 16 and is working in this field ever since.

When Natashia was 16 years old, she made her debut in the short series, Saved by the Bell: The New Class. After that, Williams made her film debut in the movie Def Jam’s How to Be a Player. She originally was a supporting role but her acting made a huge impact that her character Girl in Pink extended throughout the film. Movie posters and billboards covered Natasha’s face.

Furthermore, Natashia also pursued modeling along with her acting. Williams signed a contract with Ford Agency and balanced her academic and professional life very well. In addition to working with Ford, Williams worked with ad campaigns such as Wonderbra, Old Navy, Hanes and Sketchers. Williams also featured in runaways shows.

Consequently, in 2001, Williams appeared as Tedi in the series So Little Time alongside the Olsen Twins. After that, Williams took a temporary leave from UCLA. Natashia appeared in the series She Spies alongside Kristen Miller and Natasha Henstridge. Williams gained a lot of popularity after starring in this show.

Moreover, Natashia took a break from acting and appeared in American Idol Season 7. Williams made it to top 25 and she covered the song At Last by Etta James. Williams enjoyed her time in the show and said,

“It was so much fun getting to be me, not as the actor or celebrity, but as just another face in a sea of hopefuls, just wanting to sing.”

Besides that, Williams returned to film making starring in the Paramount Pictures psychological thriller Circle of Eight. Williams appeared as Lucy in the TV show Vampire Diaries. She also wrote a book based on her life titled “The Clever Little Book on Modeling”.

The American actress, Natashia Williams is happily married to Brevin Blach. Her husband, Brevin is a renowned photographer. The couple married in 2007 and have two children, Talan Blach, and Braden Blach. Their first child, Talan was born in 2008, whereas, second child, Braden was born in 2011.

Further information about the couple is not disclosed by both of them. Maybe it’s because they want to maintain their privacy. However, it seems that the couple is living a happy life. The couple does not plan on having more children anytime soon.

What is Natashia Williams’ Net Worth?

The Wonderbra model, Natashia Williams has an estimated net worth of $2 Million. Along with her acting career, Natashia also models and sings once in a while which helps in increasing her worth.

Furthermore, Natashia’s cameo in the movie CSI: Miami grossed $25 Million worldwide. Similarly, the cast of “The Vampire Diaries” earn a salary of $80,000 per episode. In addition to that, her modeling career helps her gain millions in a month.

Adding all these amounts, we can easily calculate Natashia Williams’ net worth. Along with a big fat number in her bank account, she also gains tremendous love and support from her fans.