Danica Patrick, the professional NASCAR driver opened up with The Associated Press on Monday and confirmed she is dating Green Bay Packers quarterback Aaron Rodgers, stating: “Yes, Aaron and I are dating.”

More About Danica and Aaron:

Danica Patrick, born as Danica Sue Patrick in Beloit, Wisconsin, the U.S.A. on March 25, 1982, is an American professional racing driver, who has established herself as the most successful woman in the history of American open-wheel racing.

She started her professional career in 2007 with the Andretti Green Racing (AGR) team and in 2008, Danica became the first female driver to win an IndyCar Series race. Patrick shared her marital status with Paul Edward Hospenthal from 2005 to 2013 and after that, she started dating Ricky Stenhouse Jr. and then Aaron Rodgers.

Aaron Charles Rodgers aka Aaron Rodgers first cried in Chico, California, the U.S.A. on December 2, 1983. In 2011, Aaron leads his team, the Green Bay Packers of the National Football League to a Super Bowl championship. Aaron was Associated Press Athlete of the Year and Super Bowl MVP in 2011. 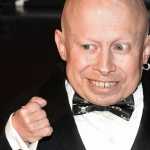 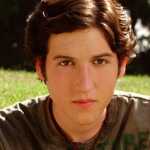