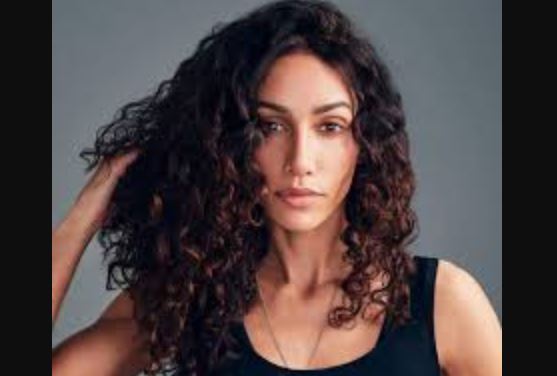 You might have watched the 2012 American sci-fi TV series, Beauty & the Beast. If yes, then are you probably be familiar with the role of Tess Vargas played by the American actress, Nina Lisandrello. She is widely famous for her guest appearances in Law & Order, Conviction, Nurse Jackie and FBI. Also, she has appeared in several films and is the director of the 2009 film, Pre.

The 5′ 8″ tall, Lisandrello is playing the recurring role of Eva Nettles in the American crime drama TV series, FBI since 2018. So, she must gather an impressive amount from her on-going career. How much is her net worth as of 2019? Many of her followers are wondering about her relationship status or dating life.

Let’s discuss in detail about her biography in the lower sections. Stay tuned with us.

Nina Lisandrello was born in a famous family as her mother is a singer. Growing up in Los Angeles, she received a lot of opportunities to travel to Europe with her mother’s singing career. She spent a very happy childhood under her supportive parents. On 6th September 2015, she posted a picture with her father via her Instagram account.

Without being aware of her career, Nina first received a chance to appear in David Fincher’s commercial at the age of 10. As we say everything happens for a reason, Nina went to become a SAG Foundation member due to her previous commercial appearance. After that, she decided to pursue her career in the American film industry.

Besides, Lisandrello completed her education from the NYU Tisch School of the Arts.

As a matter of fact, Nina Lisandrello stepped into the entertainment industry at the age of 10. After finishing her education in film production, she made her first appearance as Serena Mallory in the American TV series, Conviction. Follwoing, she guest appeared in the TV shows such as Law & Order, Mercy, Nurse Jackie. Apart from TV series, she also featured in the films, Pre, The Best and the Brightest, and The Bleeding House.

After gathering a huge recognition, Nina made her break after playing the role of Tess Vargas in the CW’s TV series, Beauty and the Beast alongside Kristin Kreuk, Jay Ryan, Max Brown, Austin Basis, Brian White and many others. The series ran for four seasons. Currently, she is portraying the role of Eva Nettles in the American crime drama, FBI since 2018.

The 39 years old, Nina Lisandrello leads a low-key life. She focuses on her work more than dating a guy. When it comes to her relationship status, she stays tight-lipped in the media.

Going through her social media profiles i.e. Twitter & Instagram, she has posted a lot of pictures with the American actor and her star cast from Beauty and the Beast, Austin Basis. She shares a very strong bond with Austin as he once gifted Nina a T-shirt which she posted via her Twitter profile.

Moreover, Nina is the best buddy of Daniel Hoff, the owner of Daniel Hoff Agency. Apart from this, she loves to spend her spare time with her parents and friends. Also, she has uploaded a picture of visiting the Great Wall of China. Concluding, she loves to explore exotic places with her friends.

Though she has not talked of being in any sort of relationship until now, she is enjoying her single life to the fullest. At present, the actress is far from rumors and controversies.

Active in the film industry since 2006, Nina Lisandrello has accumulated a hefty amount of money from her on-going career. Currently, she is working in the crime drama, FBI and receives a satisfiable amount. As per various tabloids, she has collected a net worth of around $1 Million from her acting profession.

The average salary of an American actress is reported to be between $46,561 to $68,987. Looking at her Instagram pictures, she is spending a rich life without any doubt.