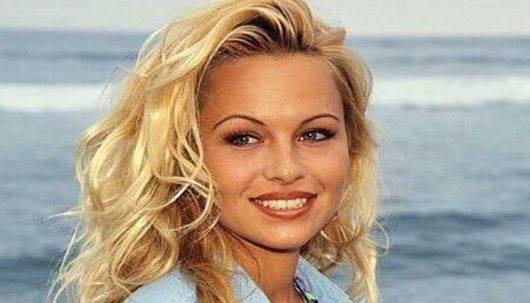 Pamela Anderson is a Canadian-American actress, model, and activist. She gained fame for her appearances in Playboy magazine and for her work on television series such as Home Improvement, Baywatch and VIP. Likewise, Pamela is popular among her fans as Lisa, on the award-winning ABC comedy series Home Improvements.

Apart she is a prominent activist for the animal rights movement and has organized campaigns condemning the commercial fur industry. However, at one time she was best known as the sex symbol because of her physique and looks. There’s a lot to know about Anderson, so read this article to know her more.

Pamela was born on July 1, 1967, in Ladysmith, British Columbia to father Barry Anderson and mother Carol Anderson. Her dad was a furnace repairman and mother worked as a waitress.

Pamela attended Highland secondary school in Comox, British Colombia where she played volleyball. Later after graduating from high school she moved to Vancouver and worked as a fitness instructor.

After several failed affairs and relationship, Anderson is leading a single life as of 2019. Well, Pamela married multiple times throughout her life. Her first marriage was with American heavy metal band drummer Tommy Lee. The ex-couple tied the knot on February 19, 1995, after dating for about four days. They exchanged vows on a beach where Anderson wore a bikini during the marriage.

Well, that is totally different and in addition, she didn’t even invite her mother to her marriage. They share two sons Brandon Thomas, and Dylan Jagger together. Sadly their marriage didn’t last long and they divorced in 1998 after her husband Tommy got arrested for assaulting Anderson.

Later in the same year, she found new love in a model Marcus Schenkenberg and got engaged. Sadly after three years of living together, they parted their ways and broke up in 2001. She got engaged to American singer Kid rock in 2001 but unfortunately broke up. Sources said that the reason behind break up was due to miscarriage during the shoot of the new movie Blonde and Blonder in Vancouver.

Furthermore, Pamela again fell in love with film producer Rick Solomon on October 6, 2007, in a small wedding ceremony at Planet Hollywood resort and casino. However, their marriage was just as friends with benefits as stated by Pamela on Ellen Degeneres show in October 2013. Well isn’t that strange? They divorced on April 29,2015.

However, after so much of on and off in her relationship, everyone thought she finally found her true love on Footballer Adil Rami. The couple spent a good time together for two years. Nevertheless, her fans were sad when she announced the news about her separation in June 2019.

Pamela Anderson enrolled herself in controversy after a sex tape of her and her first husband was stolen from their home in 1995. Later, she sued the video distribution company and made a settlement with the company. The video is still available to the subscribed viewers on the internet.

In addition, another video of 60 seconds with musician Bret Michaels created buzz on the internet. Although, the musician blocked the tape a four-minute sex tape is still available on the internet.

Pamela holds a total net worth of $12 million from her long career in the entertainment industry. She earned such fortune appearing in different television shows, movies, magazines covers. Anderson received approximately $300,000 per episode for the series Baywatch.

Moreover, she earned $5,50,000 for her appearance in the Indian reality show season 4 of Big Boss. Additionally, she has also appeared on many television shows, movies and reality show throughout her career. Going through her Social media, via Instagram we are sure that the Playboy model is living lavish life.