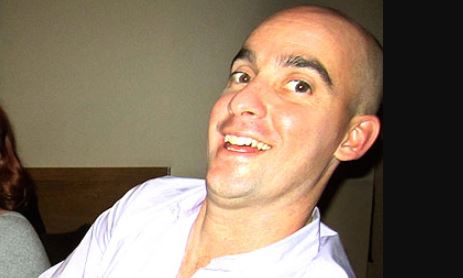 Today we are taking look at the life of a personality who gained fame for having a relation with popular celebrity. He is Charlie Bigelow, husband of famous actress Elisa Donovan from 1995 comedy movie Clueless. People started getting curious about Charlie when the American actress gave birth to her only child Scarlett Avery Bigelow in 2012.

Unlike his wife, Charlie is also a successful wall street salesperson. He became an overnight talk of a town after marrying the American actress. Despite having little information we have bought some interesting facts about Charlie.

Who is Charlie Bigelow?

Charlie Bigelow is the husband of American actress Elisa Donovan. Since he gained fame recently, information about his parents is still under wrap. As we know he married a woman four years senior to him one can evaluate his birth date by evaluating it with Elisa’s date of birth. His wife was born in 1971 therefore Charlie’s date of birth maybe 1975.

Charlie attended Colgate University which is a private liberal arts college based in Hamilton, New York. He completed his bachelor’s degree in arts and economics from the University. After completing his degree Bigelow worked in Banc of America Securities as an Analyst in 2000. Later after working for three years in the securities, he worked for Securities LLC as a Vice president for a year.

Ultimately with experience of working in the securities field for four years, Bigelow was appointed as Director in Institutional Equity Sales based in the San Fransisco bay area in 2005.

Charlie Bigelow married American actress Elisa Donovan on October 13, 2012. They met in Sayulita, Mexico while vacationing with friends in 2009 via Charlie’s friend Owen. Ultimately after three years dating, the couple exchanged vows on Saturday in Carmel, Calif. In their wedding, Elisa wore an Elizabeth Fillmore dress and Choo shoes while Charlied looked stunning in Burberry tux.

The ceremony was held in a sunny outdoor on the Vineyard Lawn at the Carmel Valley Ranch. In addition, Donovan walked down the aisle with her brother Marc Donovan.

Their wedding was attended by more than 150 guests including celebrities like Sam Trammell, andMissy Yager. Their wedding was warm and elegant decorated with calla lilies ivory roses, lilacs, moss branches in a glass bowl with votives. Well, that sounds fancy! Alongside the dinner menu comprised of locally grown vegetables and organic meats, paired with wine.

For the desserts, the couple chose French macaroons, mini cupcakes, warm cookies, milk and creme brulee. In addition, the environment got romantic due to a speech from Elisa actress friends Cerina Vincent and Annika Marks.

Nevertheless, the couple danced together for the first time in the tune of Lionel Richie’s song All night long which was Bigelow’S choice. However, they had planned to take dance lessons prior to marriage but due to a busy schedule, they cant’ do it.  However, Elisa leads her husband with some exotic salsa moves.

Father of the only daughter

Bigelow and Elisa share a daughter together from their three years of date. They welcomed their daughter on May 8, 2012, before their marriage took place. The couple welcomed a beautiful daughter named Scarlett Avery Bigelow who was lucky enough to attend her parents’ wedding.

In addition, her daughter is currently attending primary school in Sanfransico where Bigelow lives with his wife and daughter. His daughter is creative just like her mother as she can be seen creating pieces of stuff and painting. For now, she is enjoying her childhood days with her parents.

Charlie has an estimated net worth of $1 million. He works as a finance officer and Director at Deutsche bank. He reached the top rising through ranks. Alongside he works as wall street salesperson where he hits around $108,000 to $130,000 Director in Institutional Equity Sales which is an average salary for a salesperson in the US. Since Charlie has been working in the field for over 15 years he must be earning more than the estimated one.

In addition, his actress wife holds a total net worth of $4 million from her career as an actress. She has portrayed her acting skills in movies like The dog who saved Christmas alongside Dean Cain, A valentines day, Clueless alongside Paul Rudd, Stacey Dash. She earns around $42,754 as a salary which is an average salary of an American actress for a movie.