Young and talented model Reece King is a social media sensation who is famous for his unique looks and style. British Model Reece is showing no signs of stopping anytime soon. The 25-year-old Essex-bred lad is hard to miss in the new-age fashion scene.

Over 526k followers on Instagram, Reece sexuality has been questioned throughout his career. Continue reading our article to know about his sexuality and private life.

Reece King is an English model born on November 1, 1994, in Essex, England. Similarly, the height of the model is 5 feet 11.5 inches (1.82 m). At the age of 23, the model came out as a bisexual in 2017. King opened up about his sexuality in an exclusive interview with Gay Times Magzine.

King is a mixed race as his father is a Caucasian of Irish descent and his mother is a black from Saint Vincent, an Island in the Caribbean. Reece is the youngest of three siblings.

last day in Paris at the H&M House thank you for having me, SS18 collection now live 🍃🎋 @hm @hm_man #hmstudio #ad

The third and youngest child of immigrant parents, he had no desire of becoming a model. Until one fine, one of his Instagram posts went viral. Ever since he became a prominent figure in Europe’s modeling and a popular social media influencer.

Reece King was raised by his single mother. Reece’s family wasn’t very well off, so he began working long retail hours for the minimum wage to contribute to their expenses. Before the fame, he was busy with his education, skating, and hanging out with his friends.

Everything changed when he posted a photo of himself on Instagram wearing a LAMODA septum ring. LAMODA found out about the picture and reposted the picture. Deck reached out to Reece and asked him to send some of his clothing items to them. At first, everything was “just strictly business”. However, later he started promoting their merchandise, Deck offered him the chance to sell his clothes under their brand.

Once his modeling career took off and stardom came across knocking his door, he left his job. He shot major campaigns for brands like Diesel and grace magazine covers across the globe.

His first ever gigs was on an MTV show called ‘Someone Like Me’. The show mainly focused on the global conversation surrounding safe sex.

Reece admitted that the one thing he could not live without would be his tattoos. He also added, it almost feels like a second skin for him. He got his first tattoo when he was just 14. Likewise, Reece also explained in an interview that he is “more confident thanks to my tattoos”.

my 2nd cover ayyyyyy !!!!! thank you @pantelislondon for letting me be apart of your dream shot by @pantelisworld styled by @sarahmariabooth Coitus Magazine Issue 9 🍒🍒

Some of King’s tattoos include a wolf on his hand, owl on the inside of his forearm and a lion on his finger.

King says it took him some time to feel comfortable coming out because of biphobia, even in the fashion industry. He also was allegedly fired from a brand for appearing “too feminine.”

About a year back he tweeted saying

“I finally found someone that treats how I deserve to be treated, let us rejoice on such glorious times.”

i finally found someone that treats me how i deserve to be treated, let us rejoice on such glorious times 😁✨ https://t.co/6FClnYct6X

This indicates that he found his better half with whom he can share his love life. Except for that post, no other information is out about his boyfriend and relationship status.

Previously, he was reported to be dating Brandon Lee. The pair started dating back on February 14, 2013. There were rumors claiming that the pair would tie the knot, but things did not go as planned and broke up after few years of dating. Ever since then, he has focused more on his career rather than dating life. He believes he needs no partner to live life happily and believes everything takes time.

Reece King has a net worth of over $15 Million as of 2019. King is definitely earning a huge sum of money from his professional modeling career and advertising various company. Currently, he is signed by Supa Model Management and London Model Scout. Apart from modeling, Reece has also ventured in fashion designing which means his net worth is sure to increase in the upcoming future.

Before his modeling career, Reece briefly worked in retail. After a viral Instagram post with LAMODA Septum ring, clothing company Deck offered him the chance to sell his clothes under their brand. Similarly, in 2017, the Deck x King clothing subsidiary was launched.

You May Like: Theo James Bio, Net Worth, Career, Relationships

Now let’s talk about his luxurious life, this young model loves to travel to exotic places. Sure he does know how to spend his millions. 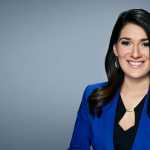 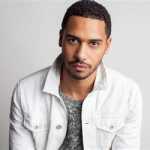