Rick Ness is an American Reality Television Personality who is famous for appearing in Reality Tv Show, Gold Rush. He is also a musician and was a former member of the band “The .357 String Band”. He operated heavy machinery and trucks in the show. Although the miner had little experience in mining, he was able to collect some experience before to operate machinery.

The former musician and current reality star Rick Ness got the recognition after his appearance in the show. Read the article until the end. Do you think he is in a relationship? What might be Rick Ness’s net worth? Find out.

Has a Twin Brother

Rick Ness was born on March 5, 1981, in Escanaba, Michigan. He has a twin brother named Randy Ness. His grandfather is the founder of their family company Roy Ness Contracting and Sales Inc in Michigan, Escanaba. He attended  Escanaba Area High School and graduated in 1999. During his time in high school, he wanted to pursue a career in football. However, he suffered a head injury that did not let him fulfill his dream.

His mother, Judy Marie Bedard, and father Richard Ness got divorced a long time back. Following their divorce, Judy moved to Rhinelander, Wisconsin. Soon after, Rick went to Michigan to live with his mother. Rick Ness’s mother ran a sandwich shop called “Subby’s” in Rhinelander. Judy also worked as a secretary for a short time after joining Oneida County Sheriff’s Department. Likewise, she also worked as a correctional officer.

Given down below is a video of Rick Ness’ net worth update as of 2020:

Unfortunately, Rick’s mother, Judy, was diagnosed with cancer and lost the battle to it on  March 20, 2018. Rick was with his mom at the time of her passing away. Moreover, he had the support of friends and families and co-workers during those times.

Rick Ness started his career as a musician, during his time in Wisconsin in 2003 he became a band member of The .357 String Band which officially formed in 2004.  He revealed the Monster and Critic about how he became a part of the band. He played upright bass, and his band released albums such as Ghost Town(2006) Fire & Hail(2008)Lightning From The North(2010). However, the group split in 2011.

” I must have been 22 or 23 years old. I went to a concert to see a different band. But this other band was opening up. Their bass was terrible…I mean absolutely awful. So I approached them after the show. And asked them to give me a shot. And that’s how I ended up in the band. That was around 2003.”

Although, Rick Ness was not involved in any previous work related to mining before appearing in Discovery Channel’s Gold Rush. However, he had some experience in using heavy equipment and machinery from his family company. Rick Ness began to work under Parker Schnabel for six years. Later, he left Parker’s crew to mine his gold since the ninth season of Gold Rush.

Is Rick Ness in a Relationship?

The 38-year-old reality tv star and former musician is currently single. He is not in a relationship; neither are there any rumors of his previous relationship. Moreover, even in public, he doesn’t seem to hang out with someone where news of possible relationship might stir. Furthermore, Rick Ness has not mentioned his plans on getting married or starting a family.

On the other hand, Rick’s twin brother Randy Ness is happily married to Jen Ness. Although Rick has not disclosed his personal life, he must be in a relationship. Moreover, he is a great animal lover. He has a dog named Rubi. Likewise, he shows his love for his family members and supportive friends on his Twitter. However, he has not hinted at any affairs or love signals. So we assume he is single.

Likewise, he rides a Datsun Classic Car that costs around $40,000. Moreover, his work involves lots of risks, so he must have invested a considerable amount in health and life insurance. Also, his job lets him travel to many places around the USA and Canada. 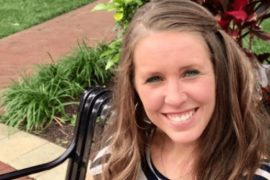