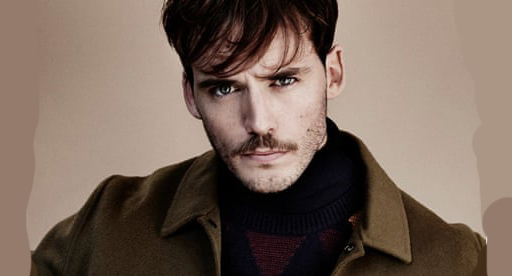 Sam Claflin is an English actor widely known for portraying Finnick Odair in a film series, The Hunger Games. Moreover, he has also made his appearance in Pirates of the Caribbean: On Stranger Tides as Philip Swift, and also, as Will Traynor in Me Before You. In 2010, he portrayed the role Richard in the TV miniseries, The Pillars of the Earth.

Claflin earns a lucrative salary and has maintained a handsome amount of salary from his profession. Besides, he got married to Laura Haddock, a Brittish actor. Moreover, the couple shares two adorable children. To know more in details about Clafin’s career as well as his personal life, net worth, and height, keep scrolling down.

Who is Samuel George Claflin? His Bio & Wiki

Sam Claflin is one of the famous actors in the film industry. He appeared in The Pirates of the Caribbean: On Stranger Tides alongside Johnny Depp. Moreover, he has won a Glamour Award in the category Man of the Year and also, nominated for many other honors and awards.

Claflin was born as Samuel George Claflin on 27th June 1986 in Ipswich, Suffolk. Moreover, Claflin’s nationality is British and his ethnicity is English. He was raised along with his three siblings, Benjamin, Daniel, and Joseph by his parents, Mark Claflin, a former finance officer, and Sue Claflin, a classroom assistant.

From a very young age, Claflin has a keen on playing football. Further, he graduated from Costessey High School, where he learned acting. Later, he became the member of the Norwich City School of Excellence. In 2003, he enrolled with performing arts at Norwich City College and also went to the London Academy of Music and Dramatic Art, and finally graduated in 2009.

Inside of Sam Claflin’s Career

Talking about Sam Claflin’s profession, Claflin made his acting debut in 2010 when he appeared as Richard in two television miniseries—in The Pillars of the Earth. Later, he appeared in Any Human Heart as young Logan Mountstuart. Claflin’s next appearance came in April 2011 when he portrayed footballer Duncan Edwards in the BBC TV drama, United, which was centered on the events of the 1958 Munich air disaster. During the movie, on of the star cast, Edwards was fatally injured.

Not much longer to wait now. June 1st, the #AdriftMovie will be hitting cinemas. I am so proud to be a part of bringing this incredible true story to the screen, and I am genuinely excited for you to be a part of it too. This job will always hold a very special place in my heart, as will the places I roamed and the people I met. Once in a lifetime. #Fiji #Adrift @shailenewoodley @stxentertainment @adriftmovie

Furthermore, Claflin portrayed as William, the Snow White’s childhood friend, in many scenes of the sequel, The Huntsman: Winter’s War in 2016. In the same year, he appeared in Me Before You, the film adaptation of the novel of the same name playing William Traynor. Further, he gained critical acclaim for his role of Captain Stanhope in the war drama, Journey’s End (2017) and Adrift (2018). In 2018, he joined the fifth season of the BBC television series, Peaky Blinders.

How much is Sam Claflin’s Salary & Net Worth?

Sam Claflin has estimated net worth to be in $millions. However, the exact amount of net worth isn’t disclosed yet. As per several tabloids, he makes an annual salary of between $6 Million – $8 Million from his profession however, he has not yet confirmed his salary.

Who is Sam Claflin’s Wife? His Marriage & Children

Coming up to Sam Claflin’s personal life, Claflin started dating an actress, Laura Haddock since 2011. The couple first met in an audition for the film, My Week with Marilyn. During an interview with Cover magazine, Sam also admitted about his wife saying;

“She’s my female counterpart is the best way to describe her. She is my mum, she reminds me of my mum so much which I think – a guy will know, right? It’s important. Your mum knows like everything.”

After Claflin met his wife for the first time, he called his agent to exclaim that he had just met the woman he wanted to marry. Later, the couple married in July 2013 in a private ceremony.

Moreover, they have an adorable son (born in 2015) and a beautiful daughter (born in 2018). However, the names of their children aren’t disclosed yet. Besides, the couple is living a happy married life without any queries. Hence, Claflin is busy with his work while focusing on his career.

British Actor Journey's End Me Before You My Week with Marilyn Peaky Blinders Pirates of the Caribbean: On Stranger Tides The Hunger Games The Huntsman: Winter's War The Pillars of the Earth United