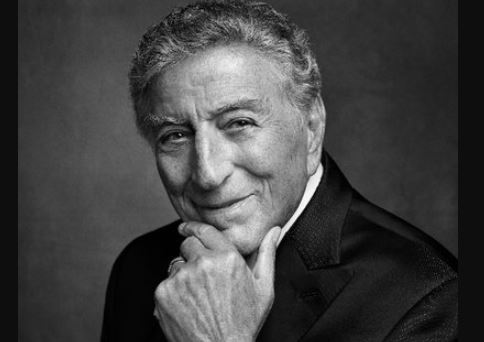 When it comes to traditional pop and jazz music, very few singers can surpass the legendary status of American singer Tony Bennett. He is a singer, painter, and founder of the Frank Sinatra arts school.

His accolades include 19 Grammy Awards, two Emmy awards, and a lifetime achievement award. His albums have sold over 50 million records worldwide.

Some of his hits are ”Rags to Riches”, The beats of my heart, Basie Swing, Bennett sings, and his signature song ”I left my heart in San Francisco”. Want to know more about his personal and professional life? If so, then read this article till the end.

Tony Benedetto was born Anthony Dominick Benedetto on August 2, 1926, in the middle-class neighborhood of New York city’s borough. His father was Late John Benedetto, and mother was Late Anna Suraci.

His father worked as a grocer, and his mother made her earnings through sewing.

Tony belongs to Italian descendants, with his father being Italian from Podargoni, which is a rural eastern district of the Italian city of Reggio. The same city where her mother’s parents emigrated to the US.

Currently, 93 years old singer was the youngest in the family with an older sister Mary Benedetto and a brother John Benedetto Sr.

The two-time Emmy award winner singer grew interested in singing because of his father. The latter instilled a love of art, literature, and compassion for human suffering in his son. He grew up in poverty because of his dad’s poor health and unable to work.

Moreover, he faced a low point in his life after his dad died when he was ten years old, followed by the Great Depression, which affected every part of the US at the time of the presidency of Herbert Hoover.

Despite their difficult childhood, music helped him cope with a normal life. He started singing and performing on the big stage from a young age. While growing up, he listened to singers such as Al Jolson, Eddie Cantor, Louis Armstrong, and Joe Venuti.

Tony became an accomplished singer by the age of 13, thanks to his tap dancer uncle Dick Benedetto who allowed him to show business.

Previously at age 10, he gained fame by singing at the inauguration of the Triborough bridge. During the performance, he stood next to the 99th mayor of New York City, Fiorello La Guardia.

Apart from singing, his passion was for drawing, and he gained additional fame as a caricaturist and made a career in commercial art. Also, he began singing for money and performed as a singing waiter in several Italian restaurants.

Likewise, he attended the School of Industrial art and studied painting and music at the new york city school. Sadly he failed to continue his studies and dropped out of school at 16 to support his family.

Upon leaving school, Tony worked as a copy boy and runner for a not-for-profit press named Associated press based in Manhattan, followed by several low-paying jobs.

However, a two-time Grammy winner never left singing and practiced whenever he got free from work. He performed as a singing waiter, playing and winning amateur nights around the city nightclub. He had special bondage with nightclubs in Paramus, New york city, during his initial life.

Tony married three times in his long life. Initially, he was married to an American woman named Patricia Beech. The couple first met in 1952 at Bennett’s nightclub show in Cleveland, Ohio.

They dated for a couple of months and decided to marry the same year, on February 12, 1952. The couple were happily married and shared two children from their marriage before parting their ways after 19 years. They legally separated in 1971.

Upon separation from Patricia, Tony married actress Sandra Grant. She was famous for dating Marilyn Monroe’s ex-husband, Joe DiMaggio. Tony knew  Sandra priorly during the filming of The Oscar’s in 1965.

Reports suggest the reason behind his first failed marriage was his secret relationship with Sandra. They also lived together for several years before tieing the knot quietly in New York on December 29, 1971.

Moreover, the then couple shared two children from their marriage but sadly, due to complications, they decided to separate after eight years in 1979. Although they lived separately, Bennett and Grant remained husband and wife before finalizing their divorce in 2007.

After separating from Grant, he remained single for a couple of years until he met Susan Crow. As per reports, Crow was a huge fan of Tony since childhood.

She remembers going to one of his concerts with her sister and holding his picture in her hands. The current couple could not marry since Tony was married to his ex-wife Grant.

Ultimately, after Tony divorced his wife, he married a teacher and talent manager Susan Crow for the third time in 2007. The couple tied the knot in the presence of VIP guests such as New York governor Mario Cuomo and his wife, Matilda Cuomo.

Also, after marrying a woman who was 40 years younger, Tony never made her feel like a senior, and in fact, he always supported her decision. Well, the couple went to Italy for their honeymoon. As of now, the couple is happily married and lives in New York.

Tony is a blessed father of four children from three marriages. Bennet shares a son Danny Bennet with ex-wife Patricia Beech. Danny is famous as the producer for Tony Bennett: An American Classic and My Best friend’s wedding.

He married Hadley Spanier, daughter of 16 the president of Pennsylvania, Graham B. Spanier. Similarly, Tony welcomed another son with Beech, Dae Bennet, in 1965, and he is famous for managing sounds in his father’s works. He married a woman named Anita Bennett.

Additionally, Tony became a father of two daughters from his second marriage to Sandra Grant. The ex-couple welcomed their first daughter Antonia Bennett in April 1974.

She followed in her father’s footsteps to become a singer of adult alternative music, standards, and jazz. She married Israeli citizen Ronen Helman. Her dad Tony walked her down the aisle at her wedding, which took place in Beverly Hills hotel on April 28, 2013.

“Congratulations to my beautiful daughter, Antonia,”  “What a fabulous wedding.”

Likewise, Tony and Grant shared another child from their eight years of marriage, again a daughter named Joanna Bennett, in 1970. Her works include movies such as Captain America: Civil War, Captain Marvel, and Agent Carter, to name a few. She married Canadian actor Karl Pruner. As of now, all of her kids are involved in the entertainment industry.

Apart, they share a close relationship with their legendary dad Tony Bennett and can be seen during events and awards ceremonies together.

Tony has lived a long life to see his granddaughter. At the age of 93, he is a grandparent of four children from his first two sons. His first son Danny Bennett gave birth to two talented daughters, Remy Bennett born in 1984, and Kelsey Bennett, born in 1985.

Tony’s eldest granddaughter Remy is already a star and best known for her role in movies such as Buttercup Bill, Newly single and Wolf of Wallstreet alongside Leonardo Dicaprio, Jonah Hill, and Margot Robbie.

Likewise, Kelsey works as a photographer. The sister duo worked together in advocating for Social Equality Through Art in 2017.

Tony’s bloodline stretched further after his second son Dae Bennet welcomed his two sons named Jared Bennett in 1987, followed by Austin Bennet in the same year. As of now, all of Tony’s grandchildren are adults and most probably building their careers to become like their grandfather.

Tony Bennett has a net worth of $200 million which he accumulated from his career as a singer and painter. He started a career in music and painting at the young age of thirteen. His earnings have tremendously risen year after year. His album has been sold 50 million copies and won several awards.

Furthermore, in 2011 he listed his Bay Area house for a price tag of $27 million. As of now, he lives in a new york-based mansion worth millions. Also, he owns and runs seventeen schools across the US with his wife, Susan Crow. Apart from that, he has taken part in live programs until now.