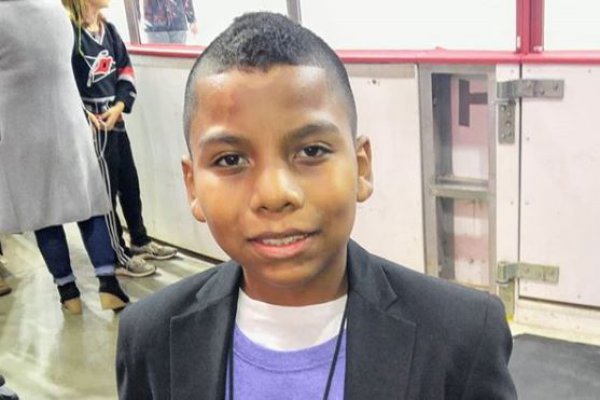 At an early age, he battled with cancer, dealt with bullies, and had to go through a lot of hardships. Today we are going to talk about a young boy who became an overnight sensation after appearing on America’s Got Talent. The 11-year-old, Tyler Butler Figueroa got the golden buzzer at America’s most popular talent competition show, AGT. He is an American violinist and cancer survivor from North Carolina.

Tyler performed Kelly Clarkson’s Stronger in Episode 1403 of AGT. Impressed by his act, Judge Simon Cowell pressed golden buzzer sending Tyler to quarterfinals. So, how is Tyler’s life now? Who are his parents? How did he get into America’s Got Talent? Let’s know in full detail.

Tyler Butler Figueroa was born on 2008 in North Carolina, the United States. As of 2019, he is 11 years old and currently studies in fifth grade at Walnut Creek Elementary school. His mother’s name is Kisua Butler Figueroa while his father’s detail in unavailable.

Tyler has a younger brother named Adam. Figueroa is of American nationality and belongs to Afro-American ethnicity. Tyler began playing the violin at the age of seven and a half year. Sadly, Tyler was diagnosed with Leukemia when he was four and a half years old. He began losing hair, and his health was deteriorating. Due to his appearance, his so-called friends used to bully him.

On June 11, 2019, Tyler Butler stepped into the stage of the famous American talent competition show, America’s Got Talent. Speaking with Judge Julianne Hough ahead of his fantastic act, the youngster revealed that he started playing the violin at the age of seven and half years as a distraction from school bullies.

Although none of his family members played any instruments, Tyler said: “I would just practice in my bedroom, and the more I did it, the better I got,” he said. “When I play the violin, he helps me forget the bad stuff.”

Tyler played Kelly Clarkson‘s Stronger on his violin and all the people inside the hall, including the judges and audience were stunned. After the act, when asked how he felt, Tyler with eyes full of tears said he’s proud of himself.

Judge Simon Cowell pressed the golden buzzer on Tyler’s behalf to the bullies sending him straight to the quarterfinals. Also judge Gabrielle Union, Howie Mandel, Julianne Hough including host Terry crews all were stunned. Further, Tyler got a standing Ovation.

When Tyler finished his emotional violin act on America’s Got Talent, Judge Simon said, “We hear too many stories about people being bullied. But I can tell you one thing; most people are bullied because they are better than the people who bully them.”

His audition in Episode 1403 included Kelly Clarkson’s Stronger on the Violin. Likewise, Tyler has performed in the streets of downtown Raleigh. Talking about his health conditions, Tyler has been on remission for almost four years. Further, the details about his net worth and incomes are unavailable.