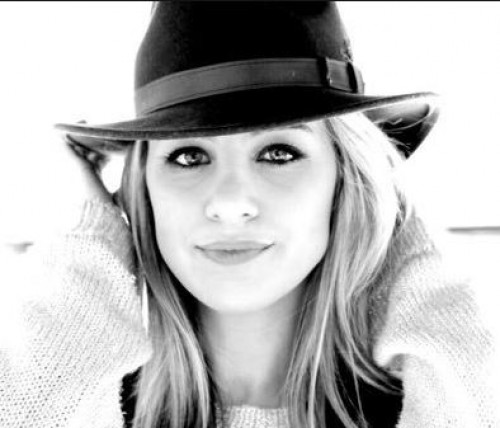 There are so many personalities who are famous because of their spouse. Allie Wood is also one of them who gained extra prominence after marrying an American actor, Jake Abel. But Allie has her own established career as an actress and writer.

Well, it is known that the actress, writer, and celebrity wife is happy with her marriage and career. But is she only a  happily married woman, or she is also a blessed mother? To know about this question, answers read the whole article.

Allie Wood is a native of America born to an American Wood family. She belongs to a white ethnical background and follows Christianity.  Wood’s spouse, Jake, one of the leading actor, was born in Canton, Ohio, the United States of America, on November 18, 1987.

It seems like the celebrity wife prefers to keep her personal details under the spotlight, but her husband, Abel, is not as secretive as his wife. Among many film credits, Jake is better known for playing the role of  Adam Milligan in the American TV series, Supernatural, where he shares his screen with many popular actors like Jensen Ackles, Katie Cassidy, and Adrianne Palicki among many others.

Married Life With An Actor

As mentioned earlier, Allie is a happily married woman. She tied the knot with her long-time boyfriend, Jake Abel, on November 9, 2013, at the church in New Orleans, Louisiana, the USA, in front of the bride and groom’s closed ones. Numbers of celebrities were also invited to the wedding party.

On the big day bride, Allie looks stunning on her designated and strapless white gown. Allie carried a white bouquet on her hand and wore a creamy color heel shoes and a long veil on her head. Likewise, Jake chooses black suit pants and a white shirt along with a bow tie on his marriage.

They knew one another since they were teens who were one of the stepping stones to their love life. Then in 2012’s NewYear Eve, Jake proposed Allie in the middle of the Times Square by saying,

“She turned around, and I was on my knee. It was amazing, man. Out of a million people, it was just the two of us”.

Then, after 10 months of sharing an engagement ring, the lovebirds married happily. As of now, the pair are living joyfully without creating a zero sign of rumors and controversies. Moreover, they never hesitate to express their love for one another and often share a romantic glimpse on social sites.

On June 16, 2019, Allie announced her two months of pregnancy via Instagram. It seems that the couple is eagerly waiting for their kid and can’t wait to welcome their little ones.

Allie’s pregnancy has become surprising and exciting news for her family members, fans, and friends. Additionally, since June, she started uploading snaps with her baby bump and seems like she is happier than others to be a mother. Likewise, she said her baby would be born in December 2019.

The actress has an estimated net worth of around $100 thousand, which she collected throughout her acting career. As per Glassdoor, the average wage of an actress in America is $37,380 per year. So, an actress, Allie, might be earning the same remuneration annually and is living lavishly and happily with her spouse.