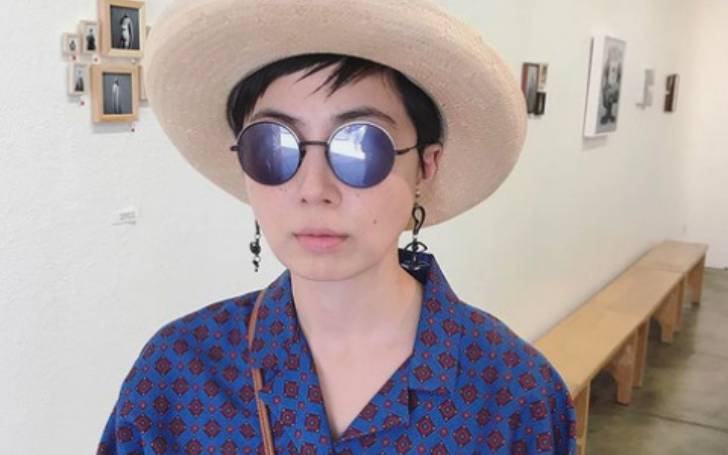 Ayako Fujitani is a prevalent Japanese writer and actress. In addition, she can speak fluently in both languages, Japanese and English.

Furthermore, the lady won a beauty contest at only the age of twelve years; after winning so many people’s hearts, she began her career as a model.

Apart from this, she is known for being her father’s daughter, Steven Seagal, by his first spouse; Miyako Fujitani is an aikido master.

Ayako Fujitani was born in 1979 on 7 December in Osaka, Japan. At the same time, she completed her schooling in Japan. Later in her schooling, she went to Los Angeles, California, where she learned acting, filmmaking, and English.

Steven Seagal is the father of Ayako, a famous Hollywood actor, producer, musician, screenwriter, and martial art player, and he is an American. And her mother, Miyako Fujitani, is an aikido master from Japan.

The actress’s mom, Miyako, is the first wife of the famous American actor Steven Seagal. Later after some years, Ayako’s parents got divorced when she was just a kid.

After her parent’s separation, the child custody was handover to the mom, Miyako.

Further, Ayako and her mom and brother relocated to Osaka, Japan. Aside she was not ready for her father’s surname Seagal to her name.

As she grew up with her brother, her brother is also an actor and fashion model, and he is known as Kentaro Seagal.

Meanwhile, she has many step-siblings from her father’s other marriages, and the siblings are Annaliza Seagal, Dominic Seagal, Arissa Lebrock, Savannah Seagal, and Kunzang Seagal.

At 16 years old, she made her debut movie with the cult fantasy movie Gamera-guardian of the Universe.

Later, she performed in many movies like Gamera2: Attack of Legion, Musashi, Death of Domomata and Ikusa, Private Detective No.5, Kaze ni Tatsu Lion, and so on.

In 2000, she made a cameo performance in Shusuke Kaneko’s thriller Crossfire. Moreover, the actress is a well-known writer and has written both fiction and notification pieces.

Similarly, she wrote for the Hollywood report column in the entertainment magazine Roadshow in the begging.

Later, the star started writing Touhimu (Flee-Dream) and Yakeinu (Burnt Dog) novels. In the year 2000, Touhimu was converted into the movie Shiki Jitsu. Afterward, she starred in a short part of the character.

As a writer, she has written several essays and short stories for many national publications in Japan. One of her favorite novel David Small’s Stitches: A Memoir, was translated from English to Japanese.

The actress Fujitani is a married woman, and she tied the knots with popular Spanish screenwriter Javier Gullon.

When Ayako got married, she was happy and enjoyed her married life. In the year 2016, the pair exchanged their vows. The pair dated for many years and finally married in a harmonious ceremony.

The couple has two cute and beautiful girls. The first kid Tara was born in 2016 on 6 December. Likewise, a second child named is Sumimo, but her date of birth is not available yet. The family is far from the social media platform.

Forty-two-year-old Ayako has gained a handsome amount of money from her professional career. As she followed the footsteps of her dad Steven as an actress, her net worth is about $1 million as of 2021.

Similarly, she earns money from her acting career as well as writing. She has achieved a lot of heart from fans, fame, and a name from her profession.

On the other hand, her husband Javier Gullon has a calculated net worth of $1.7 million.